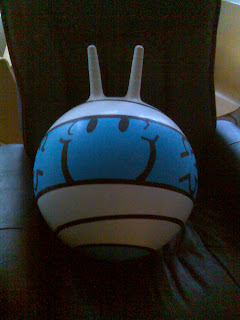 Can blue men sing the whites? Can Mr Bump ever be well again? Well at least he looks happy enough for the time being.
impossible songs

impossible songs
What is happiness?

Life, like history is just one thing after another. Time spent searching for something that continually escapes your grasp, isn’t accurately clearly defined and means different things to different people. We don’t understand the perspective of others as we are all so entrenched in out own positions and so seemingly focused on our own ends. The best solution and the likely secret and meaning of the universe is, as far as I can tell a bowl of Japanese style poor man’s noodles. If there is a heaven, if there is bliss, if there is ever a time of deep satisfaction to be had, the noodle bowl can never be very far away.

What a great song this is, sing it in the bath, in the shower, in the car. Hope and expectation, beauty and love, aspiration and realization – it is all there and it also has a mournful, soulful side to it that provides a deeper satisfaction. All those who feel down, bored with themselves or the victims of buzz word culture and pop’s apparent inability to satisfy at the moment should hum this tune for a few minutes everyday.

That’s about twelve too many of these over exposed, under-understood creatures for me, I don’t know why I don’t like them, well real ones, but I quite like cartoon ones, particularly the mischievous and deadly (I presume) radioactive monkeys that appear in the Simpson’s from time to time and the ones in Madagascar (the feature length cartoon). I think I like the droll Home Counties accents and the world weary attitude that these monkeys display. By comparison real monkeys are inevitably both a threat and a disappointment at the same time.

Knocking the dottle out of your pipe.

Grandpa Broon was always doing this before smoking his Rougy Bowl (or was it Bogey Roll?). I don’t know much about pipes and their constituent parts or how you maintain them but I do like the phrase “knocking the dottle out” (or oot). I guess it must be the ash or carbon that remains in the pipe’s bowl once it has burned out. Sadly there are few if any of Grandpa Broon’s generation around now to explain or demonstrate this lost technique – hmm…
Posted by impossible songs at 5:49 PM
Email ThisBlogThis!Share to TwitterShare to FacebookShare to Pinterest