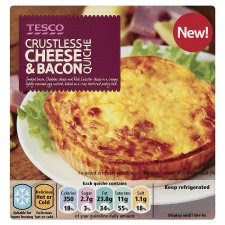 It's assumed that real men do not eat it but neither do imaginary men either. Those of us marooned in the inconvenient space between those two diametrically opposed compass points, conflicted, bemused, deluded and just a little bit hungry would certainly consider it at a pinch. So it seems I've come to that point in my life where I can tolerate and even enjoy this form of food. So I ate some whilst my youngest grand daughter pasted herself and the surrounding area with the remains. In the end I feel that the overall experience has in some hard to fathom way built me up inside, something I'm sure many commentators would say is badly needed.

I don't quite know why I take some perverted pleasure in the Edinburgh Tram smash or the crisis in Scottish football's status and self confidence. I suppose it's a benchmarking thing, you know your gut feeling is right and that your opinion is sound. Then it's as if events stack up and prove to you that the awful truth you feared (but questioned your own judgement over) is indeed the truth. So what's wrong in these two completely separate areas?

Trams: a bad idea from the start, the railway system should have been used to create an airport station with a light railway from there connecting to the terminal - saving £500m at least. Bloody obvious. To make that happen a few councillors and politicians would need to admit that they got it wrong - not likely in my lifetime.

Football: At the roots the 11 a-side youth teams are often run by competitive dads who field a) their own kids first and/or b) tall kids who can punt a ball but lack skill c) pitches and facilities are poor and the weather kills enthusiasm stone dead. Skill is not developed because it's win at any cost, kid's are disillusioned and the risk of hypothermia haunts the touchline of every fixture - a lot of still born talent is the result. The fix, refresh structures, encourage skills, bring in trained and unbiased coaches and be prepared to wait ten years for results to show. The actual professional clubs need to reduce prices, allow standing and encourage families. Tricky.

Posted by impossible songs at 2:53 PM
Email ThisBlogThis!Share to TwitterShare to FacebookShare to Pinterest