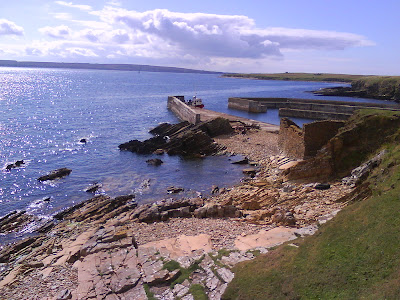 Stroma harbour on a sunny afternoon. Built and put into use just a few months before everybody left the island for good in the early sixties. Now there are still a few folks who use the island for sheep pasture but there are no permanent residents - or so it seems. 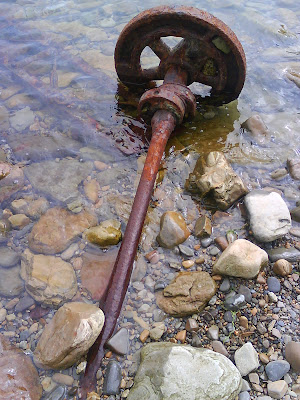 The remains of a small industrial railway system by the slipway and harbour. 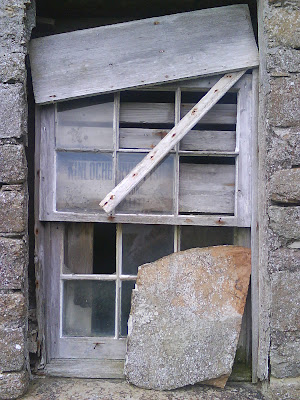 House boarded up with fish boxes and Caithness blue slate. 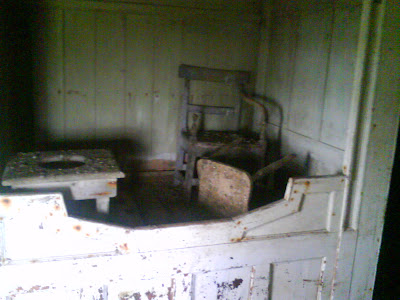 Inside the same house; a box bed onto which some old furniture has been placed, a commode has also been put in there for some reason. The floor has however been covered by peat, dirt and sheep dung. Clearly the animals use the open house(s) as a shelter, spending time in these solid but slowly rotting hulks is unpleasant and dangerous and they are not watertight. A strange, haunted place to visit. A ghost town shining in the broad daylight.
Posted by impossible songs at 9:55 PM
Email ThisBlogThis!Share to TwitterShare to FacebookShare to Pinterest