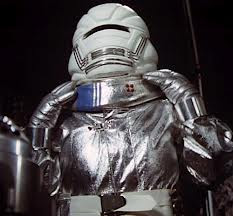 I’m becoming increasingly worried about the people of China and their space programme.. It’s really all about one of their flagship projects and how it could go very wrong. I cant help but wonder how they will ever get to the moon if they can’t blow their noses. This inability could lead to some serious space suit malfunctions which, if left unchecked may jeopardise the whole mission. It may be they have developed an in house solution but I doubt it. It would require a huge space helmet and some kind of built in repository. I predict that it’ll be up to the lumbering West to provide a solution. I see that  taking place in the form of an educational and marketing programme, aimed at the new middle classes, one that promotes nose blowing as a cool Western thing, like cocaine, Marlboro or Pepsi.

The script is that smiling male and female Chinese actors in smart clothes, shining with clean hair and tossing their fringes emerge in slo-mo from open top Mercs and BMWs in some bright location (one that looks like the South of France), they remove their oddly shaped but fashionable sunglasses and before greeting or kissing the glamorous friends they are about to meet they all take out their nasal equipment and blow their noses into their colourful designer monogrammed hankies. The dirty hankies are then collected by toadying uniformed European servants who seal the used handkerchiefs in special disposal bags. The bags are then collected and shipped to New Caledonia for recycling or incineration; a requirement if the used mucus contamination is serious.

We’ll run this little number for a few weeks and then hit them full on with Kleenex ads, wait till they hear about the aromatic balsams and the neat pocket packs. Buy your paper tissues shares now! Then order your moon landing ticket for 2021 safe in the knowledge that all the cultural nose clearing issues have all been dealt with. All that remains is the small problem of building a better spaceship. I believe this is being tackled at the moment, they’ve already got some iconic Alfa Romeo designs that are being slightly modified and updated.
Posted by impossible songs at 5:55 PM
Email ThisBlogThis!Share to TwitterShare to FacebookShare to Pinterest