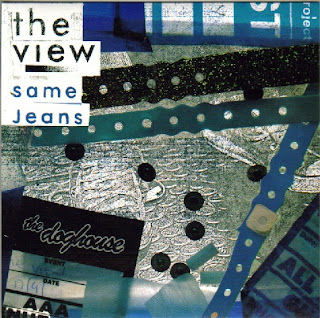 Just realising that it's been maybe nine earth months since I wore a pair of jeans. The uniform of uniforms has fallen away from grace and favour and no longer do these scraggy blue icons from wherever come first in the choice of daily trouser clothing. It's about forty two years in jeans of some sort (also forty two years since the last loon pants outing as well) not that I'm counting this properly. The trouble is they've been replaced by chunky unfunky chords mostly or occasional lazy Chino type of things. It's all quite unsatisfactory really and a bit Doolally Debenhams (which was where I got my last pair of jeans I think). Somewhere along the line I've lost the real me, having said that I've not fallen quite so low as to resort to the comfort minefield that is trackies...yet. That's the worst look of all, black shoes, trackies and an open neck shirt. See it exhibited in a mall or a Morrison's car park near you any day of the week but not on me.
Posted by impossible songs at 10:35 PM
Email ThisBlogThis!Share to TwitterShare to FacebookShare to Pinterest