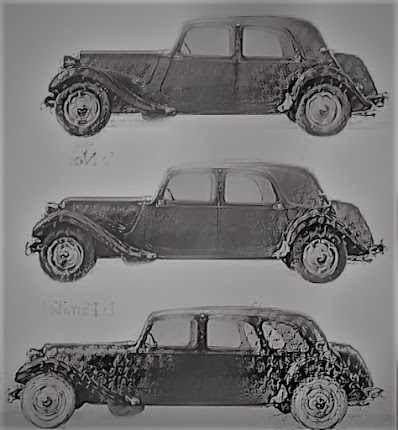 No.1 Lightweight.
No.2 Normal.
No.3 Family Size.
Citroen Traction Avant.
The Citroën Traction Avant was a range of mostly 4-door saloons and executive cars, with four or six-cylinder engines, produced by the French manufacturer Citroën from 1934 to 1957. Approximately 760,000 units were produced. It's now seen as an iconic piece of car design. I'd have liked to own one at the time, (if I was a character in a French film or novel) maybe not so much today. 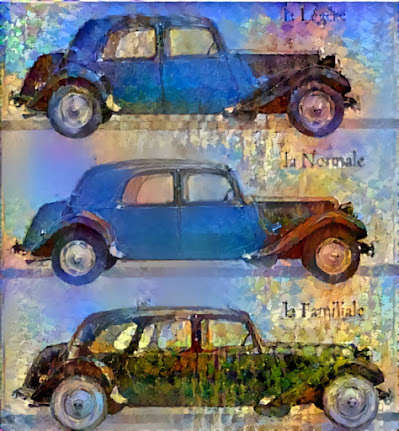 Avant/Forward: Is this what blogging and the internet and social media should be about really, just writing about things you like and posting pictures you enjoy and want to share, loosely meandering across life's nicer parts? It seems rubbish that I (we?) spend energy and time feeling that to rant about, moan, criticize and berate failing institutions, religions and the poorer/meaner aspects of human activity is necessary. Ho hum.
Posted by impossible songs at 9:06 AM
Email ThisBlogThis!Share to TwitterShare to FacebookShare to Pinterest