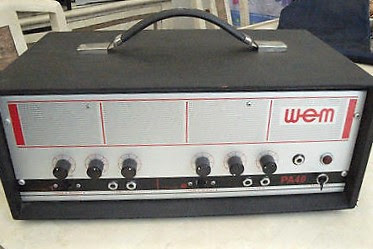 The Bell Catalogue reflections caused me to further reflect on my other early 70s guitar equipment. I suppose the meanest and most useful bit of bedroom kit I owned was a WEM PA40, not purchased from Bell. It was second hand, retailing at about £20 from Live Music on Edinburgh's Leith Walk. It was an incredible and almost indestructible valve amp bargain that could do PA but worked well with guitars. It saw a lot of service in it's few years with me before being sold off in some regrettable gear purge that I foolishly decided upon. I wish I still had it. I still remember lugging it home on the bus, proud as punch.

I also wish I had the 1974 sunburst Telecaster that was purchased for me using "band funds" (following the plot of Easy Rider) a little later. I only had it for about six months and to be honest never got the best from it as my playing at the time was way behind the potential of such an instrument. It was lost to me somewhere on the Channel Island of Jersey where a crazy "summer covers band" idea totally collapsed and broke up in a fashionable fog of sex, drugs and eastern promise. I hope that it found a home with a better and more responsible player, I doubt I'll ever know it's fate. For some unknown reason we were pitching ourselves as a sort of version of Poco meets Pilot meets Pink Floyd affair that was never destined to succeed. Too many Ps. Also having  incompetence as our most common attribute didn't help.

As cameras were seldom present in my exclusive circle of catastrophes these are I'm afraid stock images that don't quite tell the full story. What little personal memorabilia I had was lost in a house fire, aka a long running divorce. 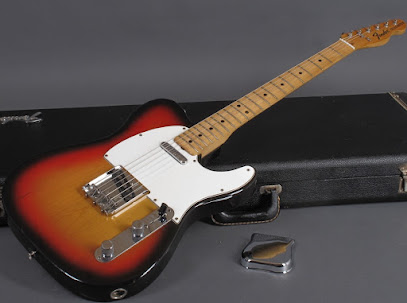 Posted by impossible songs at 7:05 AM
Email ThisBlogThis!Share to TwitterShare to FacebookShare to Pinterest