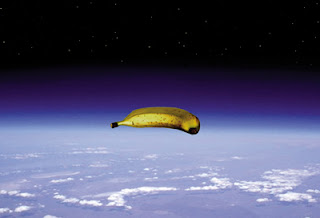 The great helium mines of Texas and the Mid-West.

Deep below the badlands of Texas near Waco Junction lies the world's only deep helium mine.
Gas caught up in the ancient rock strata is carefully removed by expert migrant workers and used for numerous industrial and commercial projects. The mine was first opened and worked in early 1933 by Aristotle McDonald a former cattle man, gold prospector and stunt cyclist.

Aristotle failed to see the massive potential of the gas and sold the mine and all the future rights
to the Minnesota Mining Machinery Mechanics Co, (later to become 4M) for $1,000,000 and
then retired. 4M mined the helium throughout WW2 where it was used for balloon fuel systems and the brilliant but flawed experimental helium bomb project. Thereafter the mine continued production, building up sales and exports and it does very well to this day albeit the reserves are not finite. "For how long and how low can the Texan helium go?" is the question.

As long as it lasts the precious helium will be pumped into large road tankers (all fitted with lead
tyres) and taken to Hallmark retail outlets, Zeppelin factories and cheap comedy gag suppliers.

The truth is: After an oil drilling operation in 1903 in Dexter, Kansas, U.S. produced a gas
geyser that would not burn, Kansas state geologist Erasmus Haworth collected samples of the
escaping gas and took them back to the University of Kansas at Lawrence where, with the help
of chemists Hamilton Cady and David McFarland, he discovered that the gas contained, by
volume, 72% nitrogen, 15% methane—insufficient to make the gas combustible, 1% hydrogen,
and 12% of an unidentifiable gas.

With further analysis, Cady and McFarland discovered that 1.84% of the gas sample was helium. Far from being a rare element, helium was present in vast quantities under the American Great Plains, available for extraction from natural gas.

All this has put the United States in an excellent position to become the world's leading supplier
of helium and yes it is mined in Texas - and I thought it was all a big lie!
Posted by impossible songs at 6:15 PM
Email ThisBlogThis!Share to TwitterShare to FacebookShare to Pinterest