The algorithm that ruins the world 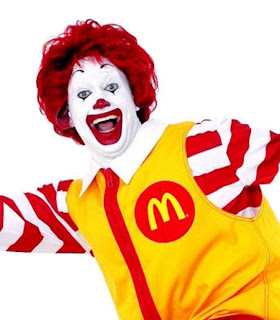 Well maybe it's not that, maybe it's the algorithm that runs the world, the world has, according to most religions already been ruined. So it was invented by Euclid, developed by Turing and Shor and everybody else and then let go to run wild in order to power inventory systems, banks, manufacturing, digital recording, rockets, 747s, Olympic Scoreboards and the tills at MacDonalds. Anyway it may be broken and so may be all of maths and geometry and as result at some point the world will just end, like that, with a whimper. (Sigh!).

The same can't be said for the Olympic Games. It overran and ended with a peculiarly bombastic celebration based on a focus group / committee's idea of what Britain used to be all about. Taxis were covered in copies of the News of the World, Mary Poppins walked dogs for a living, BMWs abounded and everybody hummed Beatles' tunes and spat on Rolling Stone's albums. You could tell more about modern Britain by the featured acts that didn't turn up or appeared on screens in grave spinning drag as flickering chanting ghosts. An interesting catalogue of weird juxtapositions and misunderstood or deliberately distorted songs; Kate Bush, John Lennon, Take That and a punk free generation worth of hypocrisy and cheese, all  trotted out for a TV scoop and calibrated fireworks. At least the Pythons in the guise of Eric Idle had a brief spotlight reprise and a few moments of managed lunacy. None of it really matters of course because history is written by the planners and the victors and at the moment that's not the medal winners or the "inspired" and fickle public, it's the Conservative Party. It was a late night  for a Sunday and the new working week but looking back I did enjoy most of the last sixteen days. Soon it'll be a distant memory.

Meanwhile it turns out that today's featured artiste, the divine Mr Ronnie McD (above) is a real person and there is only one of him operating  in the UK. Now I'd have thought he'd be well fagged out and burgered somewhere in the Olympic Village or washing up at that world beating restaurant, a man has to do etc. But no, turns out he was visiting Dunfermline (but just for 60 minutes or so) and then onto some other drive-through or superstore. Apparently there's an algorithm that works out his magical McD venue appearances. It may of course be in the process of slowly running down just like the other bigger one.
Posted by impossible songs at 8:19 PM
Email ThisBlogThis!Share to TwitterShare to FacebookShare to Pinterest