Music to punch clocks by 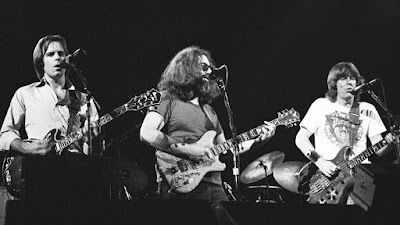 Music: On a lengthy commute the wit, wisdom and puerile journalism of Radio Scotland can wear thin. So thin that it becomes inaudible to the brain and assumes a grey and mumbling kind of sound shape. So I've reverted to type; back to listening to the Grateful Dead and despite only wanting to like them actually starting to enjoy them. Strange audio feasts of badly sung and corny songs that are full of energetic and busy, shrill guitar parts and a great concrete bass and drum bottoming. Eventually the earworm in the song gets you, like some illegal legal high and time passes magically on. A lifetime can be lived in a day some say. With this positive experience now imbedded in my mind's slow system of learning and acquiring thought patterns I'm moving onto Exile on Main Street tomorrow just to cement me into my own personal driving oblivion. 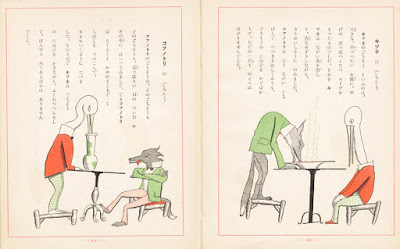 Words: A fox invites the stork to eat with him and provides soup in a bowl, which the fox can lap up easily; however, the stork cannot drink it with its beak. The stork then invites the fox to a meal, which is served in a narrow-necked vessel. It is easy for the stork to access but impossible for the fox. The moral drawn is that the trickster must expect trickery in return and that the golden rule of conduct is for one to do to others what one would wish for oneself. There, that's today's fable for you.

Posted by impossible songs at 7:54 PM
Email ThisBlogThis!Share to TwitterShare to FacebookShare to Pinterest