The beach of broken dreams 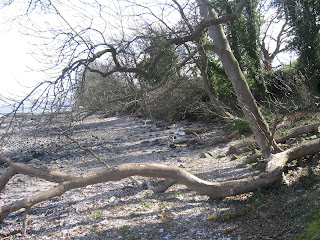 The end of innocence

I’ve been reflecting over what has been a busy and draining week so far, I took a few minutes time out to watch the world and a few other worlds go by in order to try to collect my thoughts. The party of course dominated everything, it probably was the event of the year so far and has exhausted Ali and myself but in a worthwhile way. We’re both glad that the party went as well as it did and having opportunity to get family and friends together on a warm spring day and have a good time doing it was a complete blast. The Sunday after the party was also fun with children and grandchildren still bouncing around and adults moving slowly and chilling in a tired, sunny haze: we had survived. Of course I wish we’d done a few things differently, played more live music, invited more people, had fireworks etc. Sometimes I’m just never satisfied.

It was also Ali’s birthday this week and that in itself brings a time of reflection and thoughtfulness. Ali’s birthday revolved celebration around an early evening present opening bonanza, a makeshift curry with elaborate rice dishes that I concocted on the hoof and a liberal splashing of champagne. The twins were there as were Emma, Paul and Kevin so it constituted the week’s second party, albeit a lot smaller than the other. As the drink kicked in and Ali toyed with her prezzies and thumbed over philosophical works we discussed deep issues of morality, the right to vote, Scottish Nationalism and gun crime in the USA. As opinions were varied it was good night of debate and we all had honest fun and few laughs, it went on a little late however prior to busy working days for us all.

So where are we going? Impossible songs and our various projects are floating in a Sargasso Sea of foggy indirection at present. We’re pushing out internet sales steadily and we’re pod casting and broadcasting. We are not however breaking sweat and my own guitar playing and creative workings are few. The good news is that the onset of summer promises to push us into a few local festival ventures (starting this Sunday) and, once we get cracking on the garden and cross off a number of odd jobs on the list, we can get back to work, in parallel with a hundred other things. It's the end of innocence (again), parties are over and time to get back on and into it, till the next party that is. Beltane bonfire? July BBQ? E&G’s wedding? Autumn Wickerman? “Smoke follows the witch” September bash? New Year fireworks?