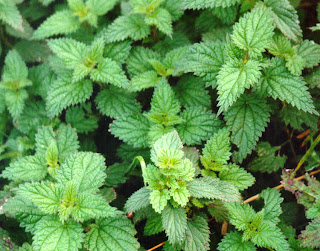 impossible songs and the scourge of the great weed.

A garden of nettles

Gardening is hard work. This week I’ve been battling nettles with a strimmer. In a way all a bit like Boromir hewing at Orcs or William Wallace poking sharp things at and into the English. Anyway we have a garden that is prey to nettles, thistles, spiky things like thistles that aren’t thistles, various sprouting weeds and more vigorous nettles. Thankfully we have three apple trees, some mysterious berry bushes and rhubarb to balance out this axis of evil. So far about 40m of strimmer chord had prevailed against the advancing nettle hordes; we are about even in the May Games – if a score was to be kept. Over the weekend however I plan to both strim and rake in a bid to finally gain the upper hand. My main aim being to clear the green festooning thorn birds from the structure we call the chicken coop, (it’s full of nettles, mud and a rabbit hole). Then on Sunday my number two grandson can have fun shutting himself in it without fear of being stung by the green enemy.

Joseph and I attacked the thorny beasts tonight briefly but the battery in the strimmer ran out and there was football on the telly, Lucozade to drink and school projects to do. I may also bring in my mighty WMD over the weekend, aka the lawnmower, it’s not fully happy on uneven ground but I do think that its well wired supercharged 50cc power could give us an edge against the nettle threat.

Posted by impossible songs at 10:36 PM
Email ThisBlogThis!Share to TwitterShare to FacebookShare to Pinterest