Brown Bomber and a frog 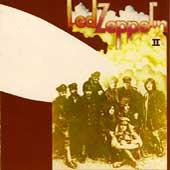 Things of the spirit...

If you choose to dive into that cool swimming pool well that’s fine by me but don’t expect me to do the same unless I actually want to. Don’t presume or assume that your thoughts and urges are always similar to mine and that your opinions and beliefs some how mirror mine, why should they? And while I’m on a rant don’t even think that I really care about what you think or feel or wish to sell to the rest of the world, I don’t. I do however respect your position, rights and space – so get on with what you have to do.

They say that in Valhalla it’ll be nothing but Guinness and Stovies. An idea I’m not altogether against so I’ve decided to join this Facebook group and in so doing hopefully determine my eternal dwelling place and a basic diet. Everybody needs a plan for their future.

Clint the kitten killed his first frog today, before I could stop him. Of course that led on to me experiencing some inner conflict, (and nostalgia in the process) by wondering whether or not I should even consider stopping him from being the natural killing machine he is. The frog is in the wrong place at the wrong time (our kitchen) and it’s only natural for something a step or two higher on the food chain to have a peck at him. So moved was I that I wrote this little snippet in honour of the event:

“Alas and a lack, that little grey frog won’t come back.
Now a kitten has grasped, a frog can make a tasty snack.”

As a teenager I wore two copies out, it is the blurry soundtrack to the best and worst of times. It is a fusion of the best of rock, pop, blues and folk and it touched a nerve like nothing else with its energy, guitar technique, noise and latent mystery. I now realise that I’ve been looking for some other musical effort to better it ever since and to date that has not happened - though a few things came close (generally in a genre not far away from this but in forms less well defined), so I’m stuck with it. The strange thing is that I have no real need or desire to listen to it all the way through ever again.

Posted by impossible songs at 6:54 PM
Email ThisBlogThis!Share to TwitterShare to FacebookShare to Pinterest