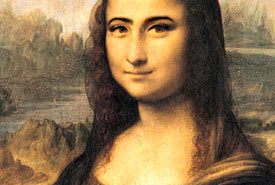 impossible songs are troubled by great works of art and their hidden meanings...

If I had an answer I’d write it down but I’m as stumped as a one-legged lumberjack.

Today we wandered the shores of the silvery Forth, through leaves, mud and burn jumps up to Blackness, a village without a shop or pub but with a pretty decent castle. At one time in Scottish history this must been the main route by water for the Royal Family’s travels from Edinburgh to Linlithgow Palace - for a quiet weekend now and again. Hard to imagine travel round these parts in times before the A8000 or the M9. It was also strange that when talking to the Historic Scotland rep at the castle the old abandoned building at Midhope came up in conversation. Is this Scotland’s most forgotten piece of epic country house architecture from the 17th century? Why does nobody really know anything about it? Are there more of these mad and odd cousins hidden all over the place, in the trees and bushes, decaying away while we polish the stones at Stirling and Edinburgh?

While walking in the woods we had a long discussion about the status of zombies, their souls, our souls and zombie animals and related aberrations. Zombies are undead people and I have a problem with that, it’s just not black and white enough, you’re either dead or alive as far as I’m concerned. Unless of course you are in the TV show Lost which is in a different place altogether. The truth is I don’t understand zombies as a concept, how do their motors really run? Where is the conscious mind of a zombie? None of this is worth bothering about so I'd rather think about plots involving zombie animals, zombie seagulls and rodents, zombie dinosaurs, zombie penguins etc. all fine as long as they stay within video games or daft movies.

The Mona Lisa, just how hot is she really? A girlie painting stuck in a room in France but painted in Italy, not much bigger than an Arabic postage stamp, no clear or understood facial expression and surrounded by Japanese tourists trying to snap her with their mobile phones, oh and painted by a gay genius who also invented the helicopter, various codes and heavy rock music. Queues gather every day to observe her image hanging upon a golden wall and her face has been used to promote everything from cheap fireworks to chewing gum. Now in the final dirty deed she has been exposed, only for having shaved her eyebrows and singed her lashes, all for attention and as a hedge against possible blackheads (just like our own sweet Lana Lang). Whatever these all add up to I don't care and I can forgive her everything and still love her.
Posted by impossible songs at 7:11 PM
Email ThisBlogThis!Share to TwitterShare to FacebookShare to Pinterest