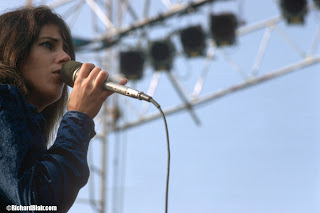 Strange how listening to the past can be an effort. The greatest hits of Jefferson Airplane is not any kind of an easy listen. The music is often tuneless, with half baked songs, lyrics that are shouted rather than sung, harmonies that are clunky and two fingered guitar solos played through gutless amplification. Of course there is something else going on that I like (not just the nostalgia), I think it's the feeling and the anger but some of the material is hard labour on the ears. The quieter, acoustic stuff ages a little better, a lesson there for us all? Whatever nobody ever had cooler sunglasses and a better bass sound than Jack Cassidy and Grace Slick can wail with the best.

The fuel crisis has meant we've had no heating oil (so no heating) all week. The crisis was however self inflicted as we managed to run out prior to the real crisis and then had to wait for delivery and then for the plumber to bleed the system. Now we are bled (8.30 tonight) and hopefully warmer.

Looking at but not using the new wheelbarrow.

Fixing a long time buzz on the 13th fret of my Antoria.

Posted by impossible songs at 8:00 PM
Email ThisBlogThis!Share to TwitterShare to FacebookShare to Pinterest