Confessions of a food poisoner: It was "Old Sparkie's " first outing of the year yesterday. The cleaned up barbie was fired up to feed the hungry family, all exhausted after numerous wheel barrow exploits around the garden, dinosaur hunts, football blowing up and (eventually) successful searches for bicycle pumps. The food was well done and marginally less hazardous to consume than anything the local fast food joints are cooking up (I hope). I do think that the sausages, which contained bits of apple and onion and other things were rather good, their subtle flavours and their finely carbonised exterior were missed out by the numerous small children present who seemed to prefer munching on Pringles and cheese. Whatever else happens we've at least welcomed the summer and the arrival of our family of nesting swifts from Morocco with our first outdoor spectacular.Next morning everybody woke up in fine fettle and I'm taking that as being a good sign that all the toxins in the food and dirty fingers were burned away. 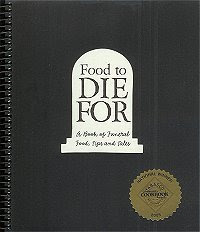 Pan's Labyrinth: On Friday night we watched this strange and disturbing film, set during the Spanish Civil War it blurs reality and fantasy through some horrific events and graphic imagery. The overall effect was one of inducing the viewer to keep on drinking large amounts of red wine in order to dull the senses and focus the mind elsewhere. It may not sound as if I did but I liked the film and the sub-titles, been a while since I read a better movie.


Posted by impossible songs at 11:09 PM
Email ThisBlogThis!Share to TwitterShare to FacebookShare to Pinterest