Water on the moon 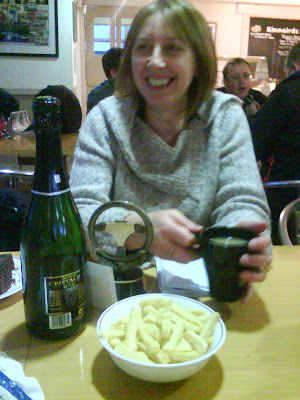 Wot? No sauce on those good looking chips?
A typical Saturday afternoon at Knockhill: Champers, chips and a trophy for the eventual winner of the 2009 Trumper virtual F1 Challenge, so the triumphant winning team leader (of the neatly named Zoom Zooms) enjoys a well earned cuppa tea. Meanwhile back in the pits and car park I think I want a Nissan Skyline, that's a pretty immature but predictable thought.

Meanwhile on the karting track there was a certain amount of wet weather mayhem, slips and skids but the Trumpers finished strongly running out clear winners. The Barclays however hoovered up the minor places mainly thanks to a decent fried breakfast and a strong sense of fear and fair play. Karting in bad light and rain is a challenge but he views are nice. 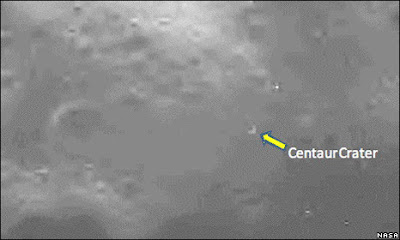 Nice to hear they've found ten buckets of water on the moon, I'd imagine the water came from some crashed asteroid, not sure about the buckets though.
Posted by impossible songs at 8:40 PM
Email ThisBlogThis!Share to TwitterShare to FacebookShare to Pinterest