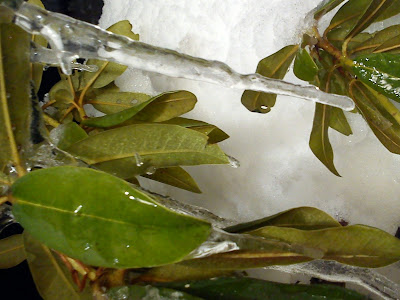 What a relief to hear the divine music of ice melting, dripping and splashing, running through cracks and puddling on the ground. The new thaw seemed not so good when I nearly slipped and fell on the slush covered from step. Note: thawing snow is as slippery as frozen snow.
After a rare "fish tea" courtesy of a chip shop in Winchborough it was back to digging out the cars in the dark as they emerged from the white and silver snow garage they've been entombed in for more than a week. After a few serious slithers and slides I made it up the lane and sticking faithfully to second gear emerged two miles later onto a black and almost firm road. Winter driving is such fun.
Meanwhile in the big city of London some people voted and as a result of the vote some other people got upset. Claims were made that promises had been broken but the people who made the promises said they never really made those promises and that everything that has happened is probably for the best and there's no point complaining because it's the way things are these days because whilst it's not quite what we had in mind it's better than you'd have got if someone else had got it all their way. 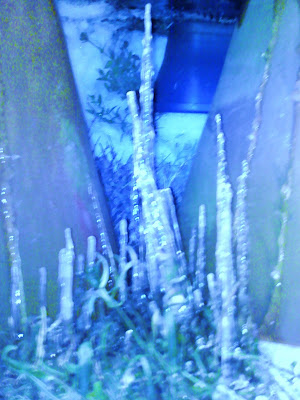 The fundamental interconnectedness of all things. Something I don't quite believe in.
Posted by impossible songs at 8:28 PM
Email ThisBlogThis!Share to TwitterShare to FacebookShare to Pinterest