Snow x 3 somewhere in the trees panorama. Today has been yet another snow day. 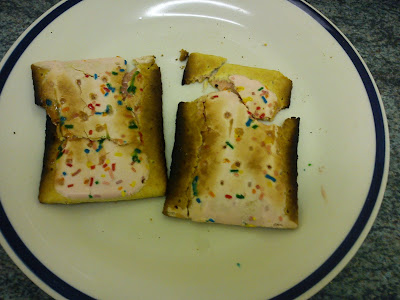 Cherry Mallow Pop Tarts: bought in the cold and snow in a pleasant enough Safeway in Banff, Canada, sometime back then in September. They made the long journey back from Canada to Scotland - now sadly are gone, but they did form the foundations of a few highly nutritious breakfasts. Note toaster setting four was used hence the burnt edges. 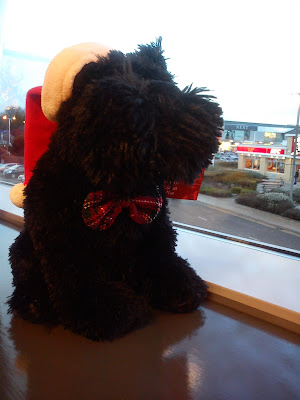 Trying hard to be a real dog but failing miserably in the cafe at Sainsbury's (as per yesterday's chocolate snowball), this fine fellow keeps watch over the car park and the rival and apparently inferior cafe at M&S across the way. Naturally he ignores the chavy and unhealthy KFC premises that lie between. Your own cuddly dog for a mere £14.99. 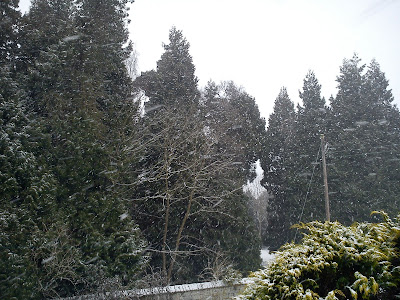 Snow photography, still trying to capture those elusive but ubiquitous flakes.
Posted by impossible songs at 7:52 PM
Email ThisBlogThis!Share to TwitterShare to FacebookShare to Pinterest