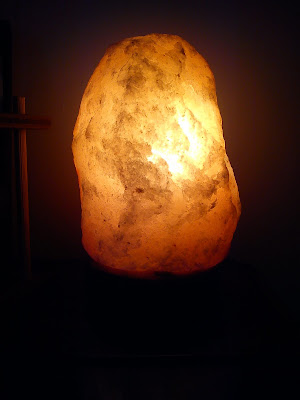 250 million year old salt lamp sits on top of 40 year old piano. A light in the darkness.
Revolution? Yeah right.
OK, where is Egypt going post street demonstrations, unrest and revolution? Funny how historical experience and evidence from recent history seldom connects with the masses out there on the streets, those risking life and limb and reputation for the sake of change. The first thing is that in real terms for Egypt's 80 million people, not much is going to change, in fact..best not to go there. Next is that the perpetrators of any revolutionary movement, in most cases do not survive for very long after the main event. So they can expect short change from the various generals, back office politicians, media moguls and religious leaders once the heat dies down. They will quietly disappear like incoming aid funds into a dictators bank account; here and then gone. As for 99.9% of the 80 million who live in poverty and injustice? Well they can celebrate in the opium of the moment and then return to the familiar subjugation and benign tyranny of Islam, Christianity and the skewed, oil driven economics of the Western and Arabic worlds. If the hard core doesn't change, there is no change. 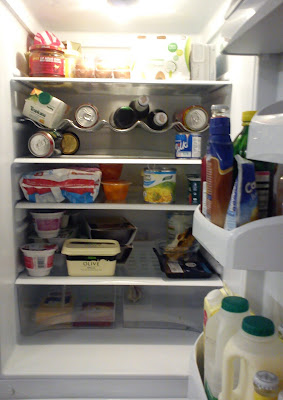 From the reality of current affairs to the interior of the fridge, lighter, with less chocolate, wine and junk than previously. We are so healthy it's pretty unhealthy but at least the fridge has some room in it for a change.
From Fridges to Fitba. I predicted that middle-aged pie man Neil McCann would step from the Dundee bench yesterday and score, wish I'd had fifty quid on it as they cuffed the Wee Rovers and did the Pars a decent favour. Meanwhile today in Leven, No3 son scored a hat-trick in a 1 - 3 win over local opposition. Then he got nobbled in the final seconds, a scary moment and a sore knee as the final whistle blew. I hailed the team "Kings o' the Mud" after 80 minutes of continuous rain ruined an already damaged pitch and nearly gave 22 young lads and a series of dads galloping hypothermia. Brrr.
Posted by impossible songs at 4:35 PM
Email ThisBlogThis!Share to TwitterShare to FacebookShare to Pinterest