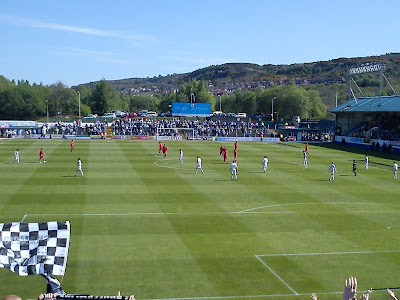 A beautiful afternoon in Greenock saw Morton and Dunfermline square up for a game the result of which could give the Pars the title a week early- and did. A goal in each half saw us emerge easy winners and League Champions after four years in Division 1. As the final whistle blew good humoured mayhem broke out in the form of a mass pitch invasion. Not often that all the results go well for us, the soap dodgers of Falkirk and Kirkcaldy both got beat and the swindling pretenders at Dundee won their game but got hee haw overall, a nice day's work. 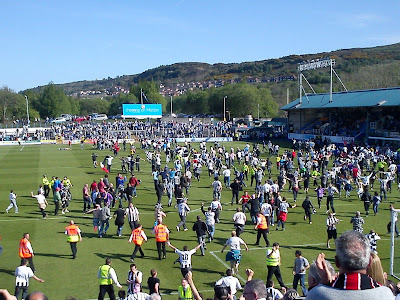 Hot sun, no pies or bridies all afternoon, just two burger vans for 5000 fans, no wonder we were going nuts. 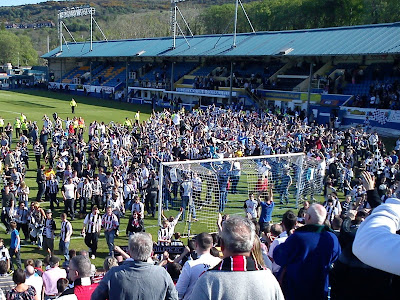 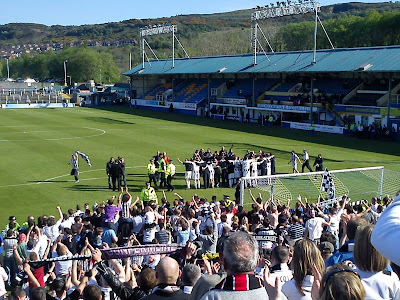 Championship team photo with the Pars travelling fanbase as a backdrop.
Posted by impossible songs at 9:40 PM
Email ThisBlogThis!Share to TwitterShare to FacebookShare to Pinterest