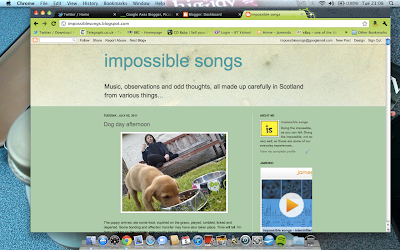 "Picasa and Blogger were also Google acquisitions, although both companies have been part of the Google empire for far longer. Picasa was acquired in 2004 and Blogger (co-founded by Evan Williams of Twitter) was acquired in 2003 and is one of the top 10 most visited websites in the world. Although the rebranding could upset some existing customers, it also gives Google the ability to completely integrate both services into Google+."

Posted by impossible songs at 9:08 PM
Email ThisBlogThis!Share to TwitterShare to FacebookShare to Pinterest