A new and more optimistic era 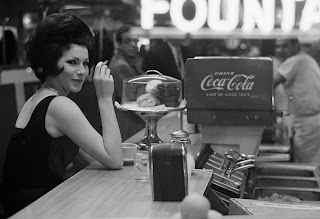 Whether it was the thirties, the sixties or the eighties,  every so often people believe that "now" is their time, their moment, the best and most opportune of times. I think I've experienced that feeling, briefly, a while ago but not right now. That's not to say I feel bad about things or pessimistic, it's more the languid settling into an acceptance of things being just as they are, whatever that means and making the best of them. Like frying up leftovers and making Bubble and Squeak, again and again but with different seasonings. Drinking yesterday's wine, making do and being content in your borders. Recognising the viscosity of the cycle of things, nobody really learning from their mistakes, the stubborn and stupid denials of leaders...the stiff inevitability.  So the Israeli army are bombing the Palestinians, for the rockets, the rhetoric and reprisals. The USA still backing the diamonds of Israel's traders and the neighbouring shattered states rattling sabres and getting ready to be sucked into or capitalise on the events as a diversion. Always an opportunity in there. The trouble is that nothing will fix this primitive tribal religious friction, the squeeze will continue as Israel moves down a twisted path believing their own obscene destiny as God's one time chosen people, though they dare not confess it to a watching and muddled world. They see this as their (next big) moment and that is their biggest flaw.
Posted by impossible songs at 10:11 PM
Email ThisBlogThis!Share to TwitterShare to FacebookShare to Pinterest