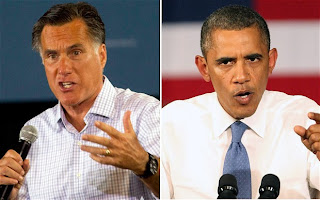 USA: Is the tide rushing in or rushing out? Over here in the European backwoods and mother of parliaments the USA Election looks to be a peculiar and frankly distastefully undemocratic spectacle. Hysterical supporters chant meaningless  slogans and invest disproportionate amounts of faith and belief in flesh and blood politicians who they expect to improve their common lot, someplace in the future. Like some crazy Middle Eastern funeral passionate people throw themselves at unworthy saviours and swallow media driven soundbites  as if they were divine and profound utterances. Money pours down a star spangled drain of rallies and events, buttons and banners and wall to wall TV commercials. Ugh! It's all  an ugly piece of human circus and the lowest level of distorted and disfigured politics. A broken system relying upon fickle swing States and a belligerent and hostile congress that ultimately must be wrestled with and tamed. Meanwhile the poor, the needy and the ignorant look on from hurricane shelters and housing projects. All power is tyranny...sometimes.
Posted by impossible songs at 10:21 PM
Email ThisBlogThis!Share to TwitterShare to FacebookShare to Pinterest