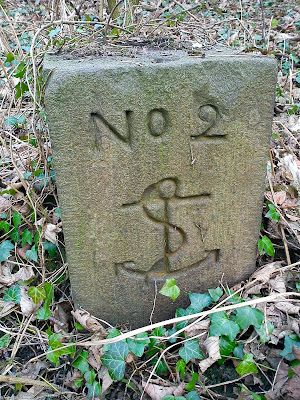 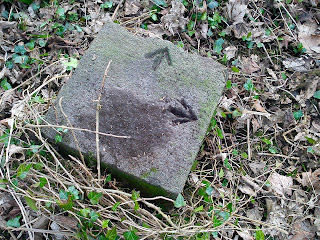 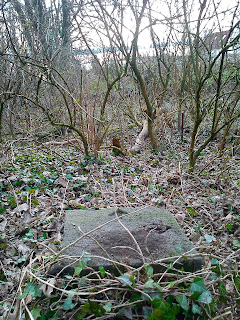 Found in the woods out back; a substantial stone marker that shows the old Admiralty boundary at the edges of our garden. For some kind of clarity the arrows point south and west to illustrate the lines of ownership, where you can be and where you can't. All very relevant till the rights-of-way legislation was brought in. It's been there for over 100 years and was covered in ivy and growth, I gave it a quick trim and clean up and invigorating scrape with a Swiss Army knife. I felt it deserved that at least, after being lost, buried and ignored for so long. By the look of it it'll last another 100 years easily enough, I'll let it slowly be smothered once again by the undergrowth, like a character in a Japanese Manga cartoon, absorbed and spirited away by the great green, slow moving carpet that, if left unchecked would cover everything. That's a nice thought. Now to locate numbers 1 and 3 and so on.
Posted by impossible songs at 8:35 AM
Email ThisBlogThis!Share to TwitterShare to FacebookShare to Pinterest