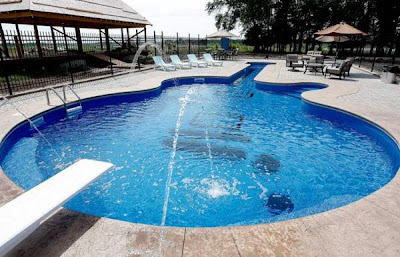 Sometimes, quite rightly I suppose, I forget that we’re in the music business or at least that we have a toe in the shallow end of the music business’s guitar shaped and champagne filled swimming pool. It all came back to me today when I saw that Thom Yorke was pulling his music from Spotify (OK he's not perfect either). His reasons being that the financial returns are so small (about .01c a play) that new artists or new ventures can’t possibly make enough cash to keep producing music. It’s not a sustainable model when as Thom says “you get paid  fuck all" so I can’t fault his desire to protest.  I’ve always known we were being screwed to some extent and resented the paltry and meaningless payouts that streaming brings to us minions - but as has been said many times, what else can a poor boy do? Our own impossible songs’ music (over a hundred meaty tracks) languishes on numerous popular sites, many of which offer streaming but we know we stand to make something short of a fistful of peanuts. If all our recent streaming plays (currently over a hundred thousand in 3 years) were translated into downloads we’d have made roughly £70,000 or about £24,000 a year. That would’ve been nice. If sales were for actual CDs or full albums it’d be a lot more – there would be some low scoring tracks on each CD for padding to help the numbers, that’s how it goes. So that’s without bothering to play gigs, do promotions or anything remotely businesslike.

Other streaming deniers  ZZTop, Bob Fripp, Led Zep, Anstruther’s own Fence Collective and the erstwhile Thom are all  quite right, there’s no money to be made at our bargain basement end of the  iTunes, Spotify, Rhapsody, Xbox, Jamendo, Napster or whoever’s rainbow. The dilemma for the unprofessional or small time music maker centres around deciding what you want for your precious music. What might entice listeners to listen to an unmarketed, obscure, anonymous musical soup served up to bloated diners in a wanabee infected universe of millions of other floating soup bowls? Free stuff or a cheap subscription certainly does the job with the punters, I should know I still use entry level Spotify from time to time. We see the trends, they listen to a song maybe six or seven times, get the lyrical kick and move on, no final download and we are happy to have the .04c six months later. In another culture that might well be robbery.

So you’re virtually giving it away to the streamers but you at least have some nebulous audience with whom you’ve absently engaged – an audience that may like the music but don’t really want to pay for it and who don’t have to connect the hard economics of modern life with the blips and half listens on their chosen subscribed to streaming services. Now as writers and players and singers all we can have is a small sense of priceless satisfaction and a monthly reminder in piddling sales stats not to give up the day job and that somewhere on the planet, in a bedroom, café or street corner our music is providing a temporary backdrop to another private life moment or tiny human drama. Paradoxically despite what all the streaming avoiders may say (something’s always killing music etc.), new music keeps getting made, discovered, consumed, digested and trolled out as back catalogue material that will never go away as it pings and sizzles in hot server rooms before reluctantly venturing out across somebody’s cloud based data system and into their badly designed poundshop headphones. We won’t stop, that’s thanks to the OCD and junkie nature inherent in how you make a slab of sweet original music. So is it all about appreciating what it is you actually have, however abstract it may be, rather than thinking about what you don’t have?

Karma and buttons maybe; but then you look up and see what other people can gain just because they had a better idea and have adopted a key position in a cluttered up distribution chain that allows them to lord it over the low-life creatives who blindly  and regularly prime their money pump. The older you get the more there is to complain about. Modern life is rubbish.
Posted by impossible songs at 6:12 PM
Email ThisBlogThis!Share to TwitterShare to FacebookShare to Pinterest