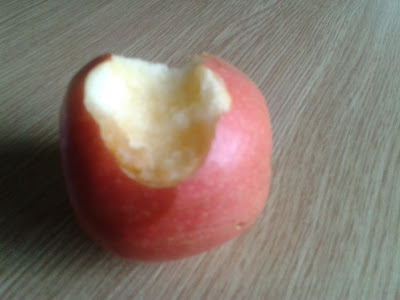 Modern apples disappoint: You bite into that pink and juicy looking lunchtime apple and it's brown inside. What is going on? Just like that moment in E M Forster's "The Machine Stops" when the foodstuff's fail as the conveyor belt slows, so maybe the process is stopping. That big grey apple growing machine is gearing down like a hazy Matrix glitch and from now on all our fresh lunches will be ruined and we'll mistrust fruit and avoid it by moving onto what we know are more processed but reliable, highly packaged and salted, poisonous snacks that come in green packages with pictures of leaves on them. Our scaly grey fingers and pale tongues will hardly tell the difference. It's only a theory. 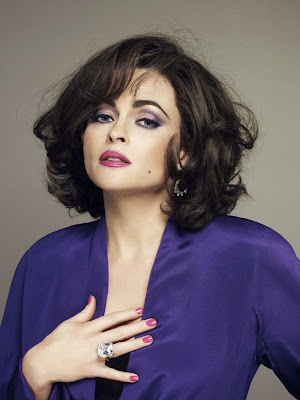 HBC on the BBC: Helena was in good raving loony, mad bitch form last night on BBC4 as unlikable, addicted superstar Liz Taylor. I think it's all in the eyes and some basic drama school moves. This starry vehicle was hyped up to highlight the funding cuts that BBC drama must suffer and all the critics and papers dutifully bought the line  and allowed some serious point scoring and "what might have been" type rhetoric. There will be no more of this high quality, high production value stuff now the cash has all dried up Mr Cameron. All you'll get will be cheap clip shows, so-called comedy slots and "classic" re-runs from the classic archives i.e. any old classic rubbish. Anyway I liked the ever dotty HBC and I approve of the veiled if clumsy protest, the BBC needs to get back up/in there somehow if it's going to touch Sky Atlantic.

Pixar rule the universe: Want to read about a crazy conspiracy theory that suggests that all of Pixar's movies are part of a long running sequence that tells the history of the universe, past to present and into the future? Try this then.


Posted by impossible songs at 6:19 PM
Email ThisBlogThis!Share to TwitterShare to FacebookShare to Pinterest