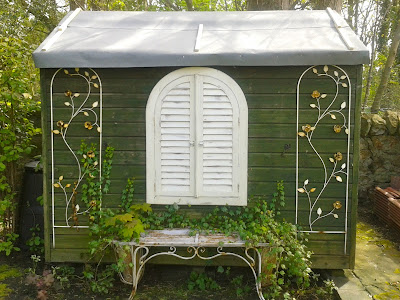 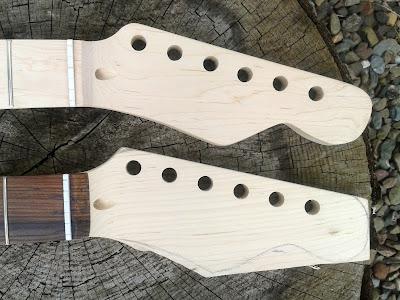 A few months ago the shed roof blew off. I've been holding myself back from doing the repair and watching the always unpredictable weather. Well the weather moved on a bit into sunny and slightly calm and so I replaced the damaged sections and laid on some new roofing felt (obviously as above). There's still a bit of finishing off to do but the worst is over and I didn't hurt myself too much during the repair programme, something of a first. This spot of DIY was swiftly followed by the ritual hacking into shape of two virgin guitar headstocks. Sadly I missed out on a proper before picture so it's a semi complete along with a nearly finished. Posted for (future) reference only.

Saw this inside my brain and I thought of the relative mediocrity ingrained in Scottish politics and songwriting:

I woke up this morning, the election was done,
A rainbow result, they all think they've won,
Seems like everyone did well or at least as expected,
Got a steady job for 5 years now that they're elected.


Posted by impossible songs at 8:00 AM
Email ThisBlogThis!Share to TwitterShare to FacebookShare to Pinterest