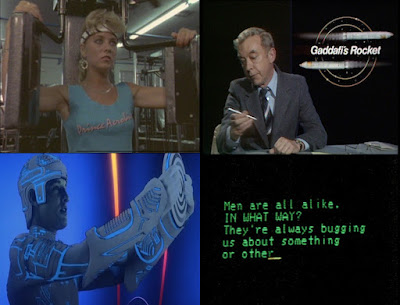 0745: I stumbled upon this when I mistakenly opening up BBC iPlayer early in the morning. There it was, a title and some scrapbook style images that looked intriguing and right on the very first screen, clearly an engineered promotion. Little did I know as I fired up the box that it was a three hour epic of reverse brainwashing docu/propaganda filming determined to explain and make sense of recent history from 1975 onwards; through the eyes of Adam Curtis.  Annoyed that I'd somehow missed the (likely) Guardian write up that preceded it I entered this doomsday epic ignorant of it's origins. So it's both disturbing and annoying at the same time and best watched in 60 minute chunks because of it's stilted and repetitive style. I did say reverse brainwashing but maybe it's simply in a new genre called  "I told you so" even though you might have heard a good deal of it before down the pub, via twitter or on one of those days when paper aeroplanes are flying around in your office.

So stitch up, sound bite driven blog TV is here but if you've the stamina it's as meaningful an "all our yesterdays" session as you'll get anywhere without any happy ending. Here we are, now in a post-political world where you can't expect politicians and leaders to have the answer to global problems because nobody does, unless they happen to be a machine. 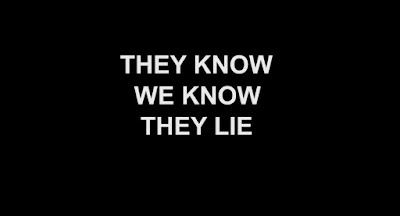 "How we got to this strange time of great uncertainty and
confusion where those who are supposed to be in power are paralysed and have no idea what to do".
Posted by impossible songs at 1:52 PM
Email ThisBlogThis!Share to TwitterShare to FacebookShare to Pinterest