Other Bricks, Other Walls 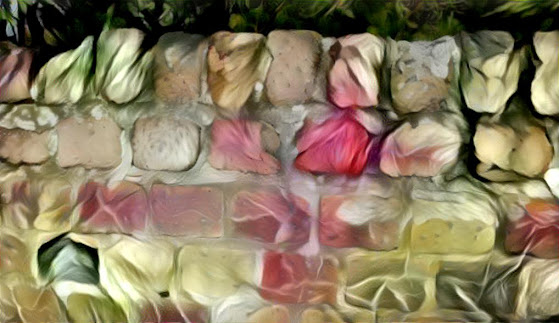 Late to the party? Every other day it's something's 50th anniversary. That's a useless fact. The culture of eternal replay is strong right now, grainy clips championed on YouTube and boxed sets with extensive notes and "tell all up to a point" books. So many memorable things happened about 50 years ago, most of which I've failed to remember until some active Tweeter or digital journalist reminds me by posting a brief celebratory message. Mostly along the lines of "they're not quite dead yet!" The product parade duly follows.

I imagine older folks being jolted out of their surgical couches and spilling their porridge as yet another King Crimson, Pink Floyd, football (when it was good), punk, movies or motoring milestone is mentioned, or even worse the lives of our Royal Family or some (golden) TV series are given the hallowed retrospective treatment. For these icons, a certain age of being creates opportunities for sanctification, redemption and revenue; so many grizzled heroes stuck or lost in the woolly mists of the past seeking a final fling of revival and explanation.

Of course I completely understand the need to keep things alive and despite myself still grudgingly support these odd activities, apart from those feckin' Royals.

Funny how trying to understand the past seems quite important, even the quietly irrelevant and trivial parts, as if that knowledge,  once acquired, would somehow help us to fix the present and make safe the more scary aspects of the future. All very unrealistic in it's analogue splendor, but an occasional quick dip into nostalgia's unheated pool can be refreshing. The past is OK but it's no place to live.

Posted by impossible songs at 8:43 AM
Email ThisBlogThis!Share to TwitterShare to FacebookShare to Pinterest