6 days upon the road 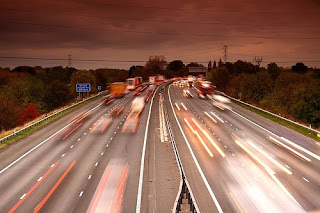 Not 6 days but 6 hours on the M6/74 and then another 6 to get back home. In a desperate bid to avoid the brain death of airports I arrived at the other brain death of motorway travel. Not sure which is worse but the car offers a controlled and (relatively) hassle free, sterile environment filled with my own choice of music played at a suitably high volume far away from the rest of the general public and easily accessible fruit juice - better in some ways anyway.

Going south was good, sunlight, breakfast and the open road, the journey home was wet and wild and dark and a bit scary - I've done this loads of times but not learned any more lessons it seems. I did have a nice rest break in Lancaster and a huge burger and coffee and I thought a lot.

Ever dreamt about a problem at work but have it turn into some allegorical chicken pie contest in which you have to make and bake the best pie? I woke up struggling with these metaphorical and imaginary pies and the real problems of getting the pastry right. Only the right texture of pastry would win the contest and so solve that tricky work related conundrum. I do believe I just had one of my rare nightmare experiences, possibly triggered by a 16 hours day, the guilt of a large burger, loud music and serial tiredness coupled with a career high of rich and fruitful anxiety. That'll be it then, job done. 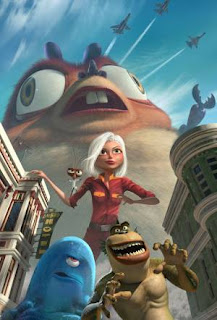 I'm going to see this dumb film because already I like the animation and the bright colours and we've not been to movies since Batboy and Joker Jim slugged it out in NYC to the delight of a whooping and cheering local audience.
Posted by impossible songs at 9:55 PM
Email ThisBlogThis!Share to TwitterShare to FacebookShare to Pinterest