The power of the blues 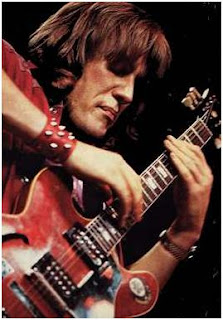 Never did get that ES335.
Inedible Journey

Maybe it wasn’t The Incredible journey but there was a movie with a dog voiced by some old Hollywood actor, a stupid dog voiced by Bruce Willis (always sniffing things) and a scraggy cat voiced by Debbie Reynolds. For some reason I thought there was a duck or maybe a goose that accompanied them. Not sure how that would work in practice, any bird would beat a cat or dog and inevitably make the journey across the Rocky Mountains less incredible. I also thought it was Robin Williams who provided the voice for the bird, may have been a chicken. Conversations in a car on a rainy day.

Nice couch daydream featuring me playing a three chorus solo in some mystical, smoky blues band. The first passage was surprisingly fluid and ran between the 8th and 12th fret and was a full four finger job. Then I pulled down to the 7th fret and ran up to a lick based around an A chord with a twist, I concluded by returning to the 12th and between that and the 15th let it scream a bit with a few long bends. The turnarounds were all based on “Sitting on top of the world” and when I had to vamp for the other guitarist It was back to “Crossroads” followed by “Killing Floor”. It was probably at this point that the audience walked out for a beer or a toilet break, I enjoyed it anyway and experienced the imaginary healing power of the blues.
Posted by impossible songs at 10:28 PM
Email ThisBlogThis!Share to TwitterShare to FacebookShare to Pinterest