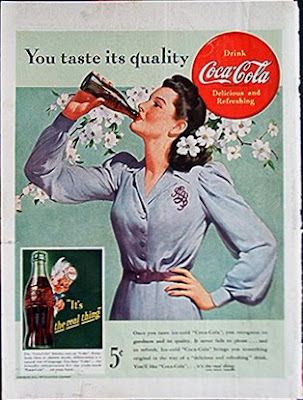 I've been commissioned by a major Polish and international accountancy firm (working in the retail sector)to write a short paper on the greatest inventions of the last 2000 years. What has man achieved in this time, what is the most worthy or influential or useful thing that has changed the lives and destinies of the people on this planet. Would it be nuclear fission, the computer, the internal combustion engine, vaccinations and health care, flight, concrete or television?

Well it could be any of those and a hundred others, some folks are really good at having ideas and turning them into reality, not many of them but they are out there. Anyway tonight my vote goes for the original, non-diet, non lemon, not modified Coca-Cola. It is the best thing at the right time, at the right place on the right couch with the right person. House and Smallville are on TV however (?).
Posted by impossible songs at 9:53 PM
Email ThisBlogThis!Share to TwitterShare to FacebookShare to Pinterest