Great remotes of our time 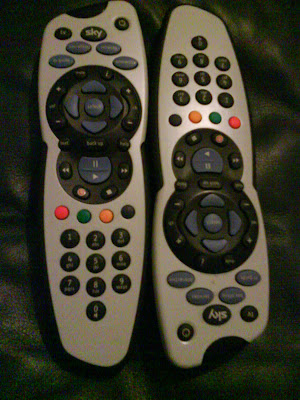 A lost and over indulged but enjoyable weekend has passed. During this time no actual episodes of LOST were viewed, they were however thought about occasionally and then placed somewhere upon a back burner. The wedding we attended (which resulted in a significant amount of the over indulgence) was a good one. It was like attending some West Coast version of an F Scott Fitzgerald event, full of bright young things, revelling in the glitter and splendour whilst their violins sang. Then there were a selection of wannabe metro sexual artisans, comedians, writers and poets, all busy dancing, arguing and doing impersonations of Spotty Dog from the Woodentops (BBC 1955 onwards). Photos may well be out there on Feckbook or floating in the evening ether even as we speak.

Having two remotes for the one TV is not helpful, particularly when one set doesn't work quite so well. We are of course unsure which one is the duffer, despite extensive tests and trying to separate these Siamese zappers by carefully putting them in different, far away places. 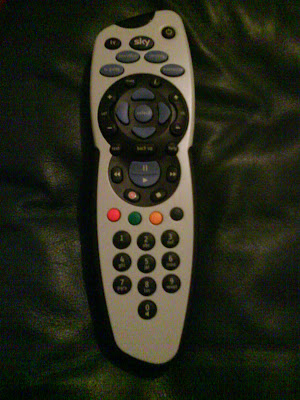 A solo remote - could this one be the fully working model?
Posted by impossible songs at 7:16 PM
Email ThisBlogThis!Share to TwitterShare to FacebookShare to Pinterest