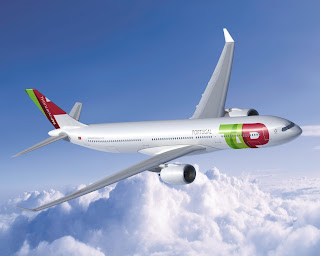 Travel stereotypes, not often you get most of them in one day or on one flight. First of all it was the bouncy black dude, baseball cap, bling and an ipod with a nicely cracked screen. He sits down right next to me in the aisle seat and immediately I get a really awful whiff of mature body odour. The usual thoughts pass across my mind but I decide to do nothing and just reach for the air tab above my head and try to deflect the aroma. That doesn't work and I decide diplomatically to put up and shut up. Then along comes my heroic rescuer, a gangling chinless wonder with a nine month old tot writhing like a just landed fish. He explains to black BO man that his wife and other kids are opposite and can we swap seats. Black dude agrees and heads away down the plane and young dad and baby are now next to me, the writhing and squirming carries on. We exchange pleasantries and eventually we become airborne.

We hit cruising altitude and the swarthy latin guy in front decides to invade my space, his greasy, oily hair having already been in my field of vision; he reclines his seat all the way, the only person on this two hour flight to think that might be a good idea. Then in a bold move his right arm appears over the head rest and hangs in front of my eye line. What kind of contortionist sleeping method is this? He clearly bites his grubby finger nails. It is at this point that the next door baby decides to follow through in his nappy whilst young dad is trying to share the same seat with his six year old daughter who wants to join the party. I'm reading a book by now, a Groucho Marx biography and I start to drift into his shared claustrophobic New York memories, ten folks in an apartment, I know the feeling, when along comes the in flight meal. Young dad is going to struggle with the bizarre hot nut, chicken and pasta combination on offer (and rice pudding, why do they bother?), it'll only end in tears. It does, then right on final approach the wee one nods off. I'm on double Karma points so far.

The next flight starts quietly (two to do today) though the passenger on our left appears a tad nervous and is twitching and ticking like a, dare I say it, bomb. Soon enough we find out why. This final approach is a real epic experience, lots of turbulence, the wheels touch and then we're up again, the engines are screaming and so are the passengers.  Mr Nervous laughs hysterically in that “I saw this coming and I'm not at all crazy" way, he gets more animated as we gain height and are buffeted by the elements once again. On my right a Mother Teresa lookalike is praying earnestly and there is genuine disquiet in the cabin. The turbulence continues but this time we land properly and applause and relief break out spontaneously. I've not heard that on an aircraft for years. I'm retiring today on triple KPs and the thought of a good stiff drink in a pub across the road from the hotel.
Posted by impossible songs at 2:02 PM
Email ThisBlogThis!Share to TwitterShare to FacebookShare to Pinterest