We'd be happier in space 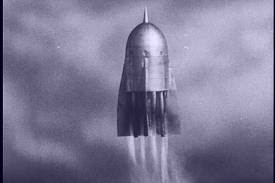 Some folks think that space travel, eugenics and meteorology if pursued to extremes and if applied and installed in the lives of all people will lead to a happy and stable society. They say that true completeness will be the end result. It will of course not be fettered down by Earth's gravity, it'll be elsewhere, set up in grand style on the edges of the cosmos in shiny steel and tinfoil and food will be dispensed from toothpaste tubes. I doubt it.

Meanwhile, a view from the Guardian newspaper on yesterday's day of action:

"Pro-privatisation zealots will claim that allowing private corporations to provide services hitherto offered by the state will enhance "choice" and lead to a better deal for the consumer. But having seen what happened to our railways and to our gas, electricity and water companies when they were privatised - do we really want to see our health service, customs and immigration agencies and our state-schools go the same way? Of course not. Which is why private sector workers ought to be putting to one side their envy over public sector pensions, and supporting Wednesday's industrial action. It's not so much that the Government's changes are inherently bad, it's the motivation which lies behind them that makes them so objectionable." Well said young man.

Posted by impossible songs at 6:29 PM
Email ThisBlogThis!Share to TwitterShare to FacebookShare to Pinterest