The TV is off, tortured with apparent choice but silent now, the radio is dead, no buzzes, swishes or chattering sounds. The web sticks on e-trading pages, wiki sites about films and cartoonists or obscure people who may or may not be dead. The world is temporarily flat, quiet and pleasant, all things are in their rightful place. Outside the weather is threatening like a glum fist, rain will pour on the Jubilee celebrations, on Wimbledon, on the Olympics, running down the backs of the corporate sponsors and participants equally. We're famous round the world for being grey and damp and exploitative. Sooner than now under red, white and blue canvas performers of yesteryear are to be trotted out, greased up as family favourites to sing the songs that backtracked the decline of a muddled Empire, the bloody annoying sixties, the Three Day Week, the Miner's Strike, the Troubles, British Leyland, the pointless wars here and there, the capitulation to European ideals and imported values, industrial decay and financial ruin - sponsored by RBS. This is the unfairly represented culture of tacky compilation CDs, cheap and facile documentaries, art and theatre luvvies spouting pointed and esoteric wisdom, things that weren't really there or truly important but happened to be filmed, time and tragedy re-imagined and history rewritten not by the victors or participants but by the media- all owned and edited by somebody else, not us. Some parallel version of Britain that never actually existed is now celebrated to death with swirling bunting and a hanging mentality of contradicted misunderstanding. Once it's recorded it's like a tattoo, it can never be erased or forgotten unless that is you're Simon Dee, Gary Glitter or Alf Garnet.

I don't mind the Queen or the Royals or the yelping corgis, I'm not for beheading them or even cutting their income - poor sods. Years of inbreeding, hair loss, phone taps, hypocritical and sycophantic press coverage and politician's stupidity have damaged them enough, let them be. It's the forced marching, grinning, cheering, torch relays and flag waving I can't take, the pomp, pimp and circumcision of this backwards island. Here floating alone out in the North Sea, led by a coalition of buffoons who lie and manipulate as if they were doing nothing more than plotting to hide a stash of fags and beer behind the bike sheds out of sight of their parents and the headmaster. God, Britain is both a terrific and awful place to be; Union Jack cakes, chocolate and souvenirs, tomorrow’s trash and tat served up today. Red top messages penned by idiots and mercenaries that we cant believe in, no jolly swaggering victorious Army or significant Navy presence, no fuel for the RAF's aeroplanes and the BBC smugly reporting the finest detail for the common man/woman/child, looking straight into the camera like a dog caught licking it's balls as the great British public and sundry ethnic components observe it all, licence fees duly paid and tea sweetened and stirred from some safe and weatherbeaten distance. You've never had it so good you lucky bastards, ASDA's petrol's down to £1.31 you know, Muller are doing a range of Best of British yogurts and they've rescued some folks from the clutches of the Taliban. 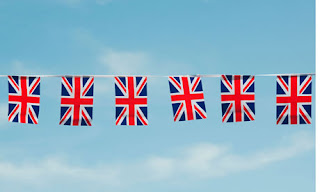 Posted by impossible songs at 11:03 AM
Email ThisBlogThis!Share to TwitterShare to FacebookShare to Pinterest