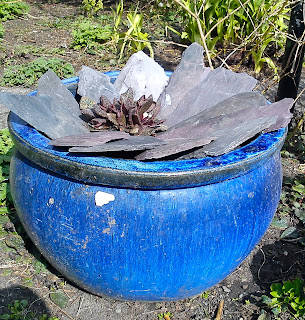 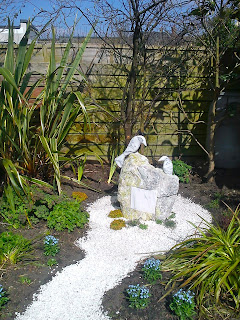 A nice sunny day saw the garden of Karen and Fraser Drummond opened up for charity. Fraser is gone now but the garden, slowly coming back from what seems like the longest winter sleep, is returning  to a green and flowering life. All those rare and peculiar plant species and specimens are pushing back through and faithfully continuing with their programmed cycle. Nature's eternal optimism and stubborn spiral back to life is a good to see and appreciate.  There were tea and scones, friends and family and strangers and people who just like gardens and good causes, chat and laughter and live music to echo Fraser's own wonderful accomplishments.  There was also a grim serenity about it all yesterday, the paths and pools, the shrubs and trees all there, just being. Like sleeping dogs waiting for their master, they blossom and sit where they were planned and planted enjoying the feeble touch of a gentle April sun while we, mere passers-by in the garden, passed on by. 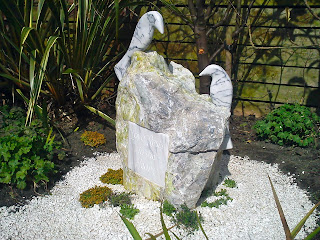 I haven't bothered saying much about Margaret Thatcher's death and nor will I, however this piece in the Guardian does well to describe the BBC's schizophrenic and awkward position in current British life. There's a big problem lurking somewhere that nobody is tackling, I can just imagine what Fraser would have had to say about it.
Posted by impossible songs at 10:32 AM
Email ThisBlogThis!Share to TwitterShare to FacebookShare to Pinterest