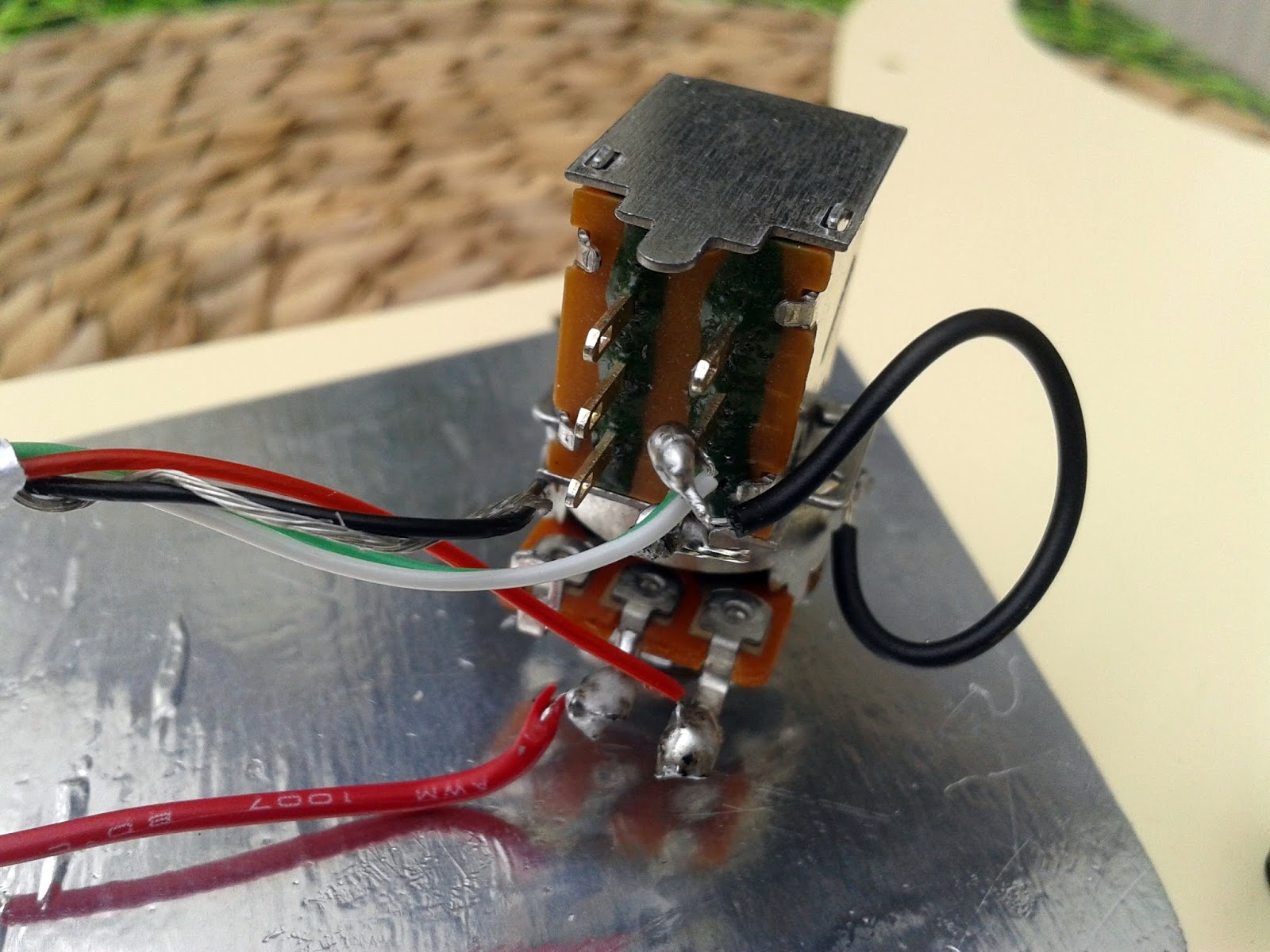 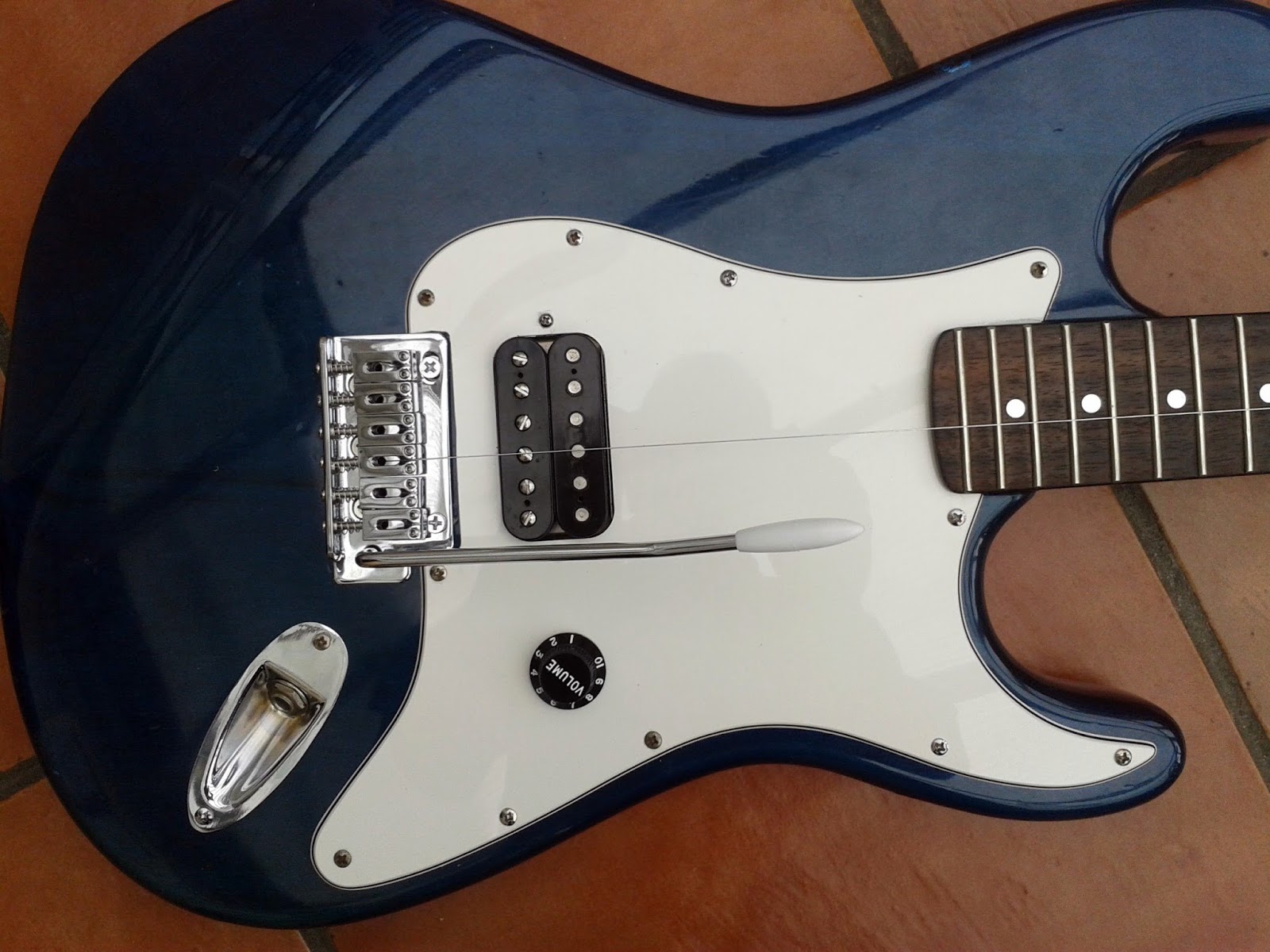 For various reasons I seemed to find wiring a single pick up to a coil tap pot pretty difficult, mainly due to the numerous conflicting bits of advice, designs, styles and options that there are in this guitar shaped universe. The web with it's forums and videos and tales of the unexpected can be crazy, somebody should edit and grade the avalanche of stuff out there, it's badly needing done, people's heads are spinning free from their shoulders. Then again it may all happen one day when all the big smoking servers in the cloud crack open and die like elephants under alien ray gun attack, it's a distinct possibility. So having sifted through dross and debris and inspiration I've settled for a simple enough, multiple earth option that looks neat (now that I've remastered the lost art of soldering without burning any useful fingers or the carpet), so now I can relax. Lots of other bits have been screwed together also.
Posted by impossible songs at 12:41 PM
Email ThisBlogThis!Share to TwitterShare to FacebookShare to Pinterest