The trouble with evolution 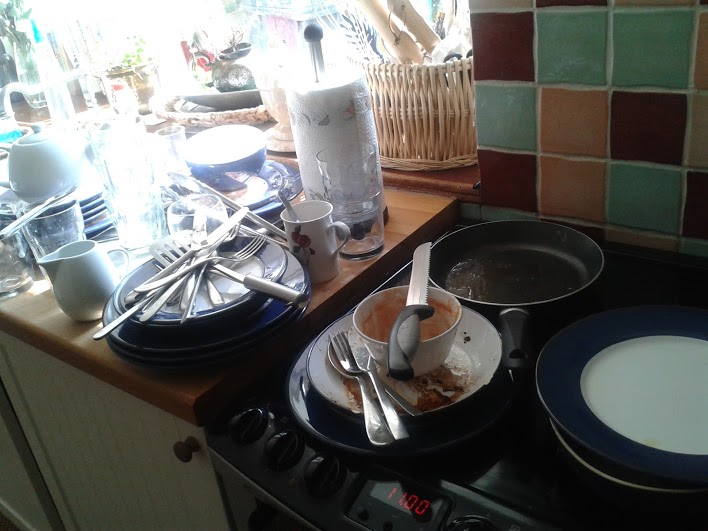 After another small scale big breakfast I reviewed the debris, mostly dishes, pans and cutlery ready for a ravenous dishwasher (as above). The food, apart from a few crumbs was long gone. The rest of the day has been spent in buying cakes and removing stubborn nails from pallets and carefully chopping up the remains for fire wood. No serious injuries were sustained in the process but as usual it was a close call. For the next part of the afternoon I drank small amounts of beer and wine and became mesmerised by the movements of various bees flying in loose formations  across the sun kissed garden.  I was trying to figure out what they were doing but I failed to grasp their complex and somewhat stupid flight patterns, they need a bit coaching in garden navigation it seems. You have to wonder quite what is they are up to and if they are indeed bees or some other kind of new bee impersonating insect. That's the trouble with evolution and it's various evolving theories. I'm thinking this is because the media and popular culture are forever telling us that bees are now extinct or dying away but are they really?  And if they are have they all now been replaced by near exact non-bee replicas that will eventually be more successful?
Posted by impossible songs at 7:54 PM
Email ThisBlogThis!Share to TwitterShare to FacebookShare to Pinterest