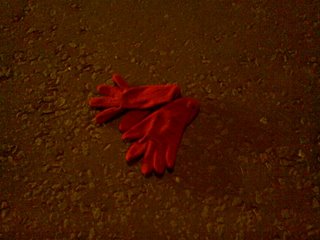 A primitive fantasy view of creation

A coach load of Cinderellas find their way into the picture. Their steps are tiny and insecure because of incorrect footwear. The trap has been sprung and despite their best efforts to stay on their feet, a strong wind from nowhere blows in and fells them like young trees crippled by weak roots. For a short time it seems like the end, they see no future or purpose, but elsewhere other plans exist. They recover, get up and quickly pass through a scented and flowered gateway.

The kangaroo court and their kangaroo god tell no lies, they only make educated guesses about life and it’s many meanings. A fuzzy note hangs at the end of the minister’s saxophone, a shame that he never did learn to play it properly. His wife is fat and lazy but has demonstrated some basic skills with the sliver and tin anniversary flute however. The children are mixed, that’s really all you could say about them.

The Cinderellas form a line and march into the court. The senior kangaroo tips his hat and the policeman takes scribbled notes. Everybody eventually finds the correct seat. The minister says a few words and the service and subsequent trial begins in earnest. The cat is first to speak but his comments are drowned out by the minister’s frankly crazy saxophone playing. No one really minds this but the tea is already stewing in a nearby pot. A stranger gets up and addresses everyone with a tale of exclusion, deliberate personal shunning, control and talking on and on behind the backs of others. Although it is clearly an allegorical piece aimed at the assembly themselves, it flies like a stray missile above each head. “Perhaps later on, some osmosis or something will occur”, thinks the stranger. (Of course this never happens).

Meanwhile in heaven the kangaroo god is very angry. It appears that his morning slice of toast was not quite the correct colour, “Damn you all” he whispers. He also receives a letter from a small boy asking why it was, being a god; he chose for himself the form of a kangaroo. This is a puzzling piece of correspondence, especially when it comes along so soon after a badly coloured piece of toast. Naturally it goes on to the middle pile of letters, in the middle of the pile.

We take a short break and enjoy the beginnings of a pleasant discussion in the panelled corridors. One Cinderella is unsure whether it is best to “Do as I say, not as I do” or “Do as I do, not as I say” or Do as I do and do as I say”. The other Cinderellas are deeply troubled by this whole line of thinking and don’t want any further controversy so they refuse to enter the debate. The minister is grinning and touching his saxophone, he has a twinkle in his left eye. A bell rings and we all return to the main hall, as you do.

The kangaroo god smokes a cigarette, stretches out and rests his feet on his highly polished desk. Today is the seventh day, depending upon where you began to count. He starts to daydream and thinks about increasing the wages of the cleaning ladies and how that might influence the economy. Then he changes his mind. It is still the seventh day whatever. Creation is a tiresome procedure at times.

In court the proceedings drag on, everybody is bored by the affair but no one would dare admit to it. At lunch the Cinderellas sit together and read glossy magazines about cars, make up and celebrity lifestyles. Some discuss how they might spend a young princes’ fortune on wild shopping sprees, retirement homes for their parents and holidays. (They forget they are all orphans). None of them seem to realise that as a member of a royal family and the ruling circle they may actually have some serious responsibilities. They just think an easy marriage into money is the straight answer to their vacuous and unformed questions. They are not prepared for what lies ahead of them, they are simply smug, self centred and stuck in the belief that their fairytale script will come true in due course and on their terms.

An unwise man once said “the kind of thing that annoys me is the kind of thing that would not annoy even the kangaroo god himself, if you were driving around in a fancy car”. After that there was a good deal of swearing and some actual punches thrown, behaviour which was quite unheard of. Some Cinderallas burst into tears, others tore up their magazines and others simply stared ahead, wide eyed.

As luck would have it most of the girls did meet handsome young men, some of whom played football and some who were property developers. Alas there were no princes to be found amongst them, despite extensive testing and the taking of samples and specimens. Contrary to popular belief a number became happy for a time and a small percentage for ever after. The remainder settled into their uneasy marriages and took comfort in collecting shoes and ornaments and buying large books to place upon chunky coffee tables.

Posted by impossible songs at 12:06 AM
Email ThisBlogThis!Share to TwitterShare to FacebookShare to Pinterest