The magic of a carpet 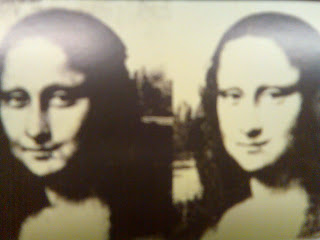 Carpets are ok but I wouldn’t want to live in one. Funny how lying on a carpet gives no sense of permanence or feeling of being settled the way that lying on a couch does. It seems that there are some places where you are never quite at home, never quite at rest because these places are somewhere else other than somewhere where you can easily feel at rest. The places where you feel most settled? On a Bed, a couch, a chair with feet up, on a kitchen chair (with arms), the driving seat of your car, a good office chair, an aircraft seat (?) and a sun lounger. The spiritual and comfort incorrectness of a carpet cannot be helped I guess, of course a flying carpet would be a different matter altogether.

South Queensferry Arts Festival: An amiable meeting last night at the Two Bridges saw the start of a new committee, a good mix of art, drama, professionalism, comedy and rock n’ roll. I particularly enjoyed the guilty pleasure of a pint of lager shandy (a drink I have not tasted since sometime in 1973) and about six blue sweets from a Quality Street tin. The lager was a wise precaution, due to my now rampant paranoia following last week’s speeding ticket and the thought of what else may happen; the sweets were simply because I was greedy and hungry. (I think Ali ate about six also).

Spent this morning looking at things, and then recycling things, putting them away and forgetting about them or putting them in rubbish bins. This afternoon I set fire to the remainder of them in the fireplace while Ali lit some chocolate candles. Then in a sudden spurt of unexpected but very necessary energy I put together a funding bid proposal for OOTB. Doing it was tough but once completed and emailed to a certain Mr Renton I felt truly relieved. Only one other to complete and a set of minutes to type.

Posted by impossible songs at 4:25 PM
Email ThisBlogThis!Share to TwitterShare to FacebookShare to Pinterest