Laugh? I nearly wrote a song... 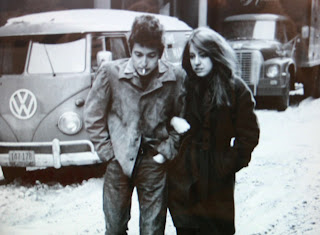 I picked up the following quote on the BBC website:

" In doing so, they come up against the guardians of traditional morality -such as the Christian Action Research and Education (CARE) group which condemns "unconstructive" relationships based on "the dominion of one person over another"."

The good people from CARE were giving their view on Max Mosley's S&M lifestyle, I couldn't quite square some aspects of this modern church view with "unconstructive" relationships based on "the dominion of one person over another". I do recall however, a long time ago watching an old, obscure B&W Russian movie on the life of Christ where a particular scene stuck with me. For some reason on the road to Golgotha the Christ character, full of pain and being taunted by the crowds mouths the words, "All power is tyranny!", in a despairing and profound manner. I sometimes think that was the clearest glimpse into the supernatural I ever experienced, but it was gone in the moment.

"Oh them that defend what they cannot see with the killer's pride, security, it blows their mind most bitterly to think that death's own honesty won't fall upon then naturally. Life sometimes must get lonely, and if I though dreams could be seen, they'd probably put my head in a guillotine." Bob Dylan: It's alright ma.

The Channel 4 doc on the Qur'an last night didn't help, what a crap, evil and contradictory religion Islam is (if you believe C4's expose). The "old masters" came across as blinkered bigots and the "young guns" as equally deluded and passionately dangerous - the rub being that depending on what translation of the good book you believe martyrs will either get the gift of 72 virgins or a bunch of grapes when they enter paradise. Eh? What kind of bollocks is this and how can seriously clever and powerful people buy in?

On the plus side our recording career has resumed with "Air kisses", "Garden of music" and the strangely ambient "Ah Ah song" making rapid progress on the strength of a two day old curry and a few glasses of white wine. On the negative side Smudge ate a sparrow and spat the feathers out all over the house.
Posted by impossible songs at 9:02 PM
Email ThisBlogThis!Share to TwitterShare to FacebookShare to Pinterest