As wet as last August 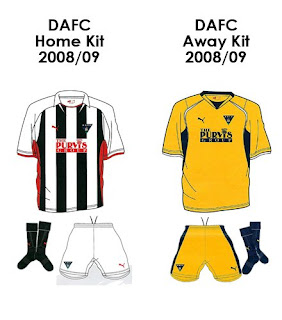 Buy any of the above at the Club Shop if you will.

This weekend has been heavily football orientated, a visit to the hallowed turf of East End Park yesterday started it all. The crew cut home team struggled with an energetic Livingstone side and despite a late fight back went down 2 - 1. I also missed out the 50/50 draw by at least a thousand numbers and I wasn't even hungry enough for pie at half time. No doubt we'll return for more torture and pain later in the season. Perhaps I should've worn my lucky DAFC training top instead of a Sponge Bob T shirt.

Today was spent watching Joe's team cuff a Leven side 6 -1, the best part being Joe's fine, first ever (in a league game) hat trick, a playing event and milestone he really enjoyed passing. The rain however was unrelenting and of course my golf brolly was in the boot of the wrong car and I hadn't brought a jacket. Having said that putting up and taking down the goal posts and watching the game in the wet was actually quite exhilarating and I did sweat as per the doctor's orders.

When I got home I was so happy I put up a shelf all by myself, as it was in typical August style, far too wet to even contemplate gardening. The shelf has been on the list for about four months so I look on that as decent Karmic progress. The afternoon may well now be whistled away, sitting around hoping for inspiration and world peace and avoiding the media chatter about whatever happened at today's Old Firm encounter. 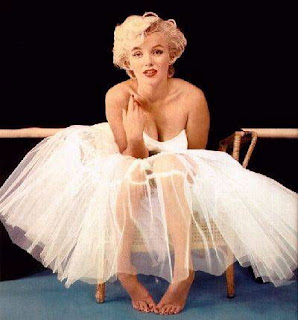 An iconic image that has nothing much to do with anything I wrote today.
Posted by impossible songs at 2:28 PM
Email ThisBlogThis!Share to TwitterShare to FacebookShare to Pinterest