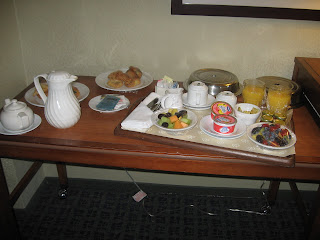 We got back from New York this morning, tired but happy after a week long visit. I thought I'd try to beat the jet-lag and post holiday laundry blues by sorting out the many snaps taken with phone and camera (groan!) so at least I made a start, a few are plonked here with as little planning as possible . The average temperature last week in in NYC was 88 degrees and it hardly let up at all so I am still recovering. The odd shady breakfast, cool beer or juice and numerous breaks in cafes and malls with air-con were the only respite from the noise and the heat but none of that can spoil time spent in New York. Above is a "room-service" breakfast for two that the four of us ate (and had leftovers from), it probably was the smallest breakfast of the week. 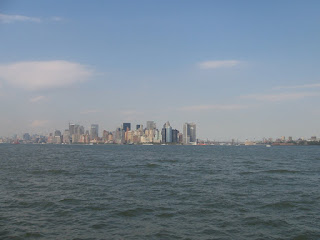 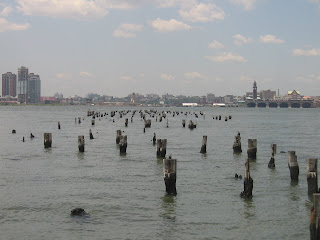 The Hudson River and New Jersey from the remains of Pier 63 or somewhere. The idea that day was to find a water taxi station, four hours later we found it but it was down by Pier 17 about five miles away. 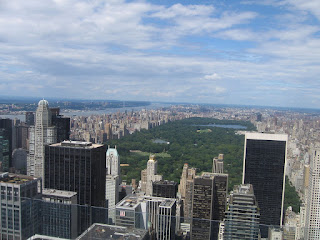 Central Park from the "Top of the Rock", arguably one of the best city views available (unless you happen to use a helicopter which we did later) and the least frantic and busy place from which to look out over the rooftops.
Posted by impossible songs at 10:00 PM
Email ThisBlogThis!Share to TwitterShare to FacebookShare to Pinterest