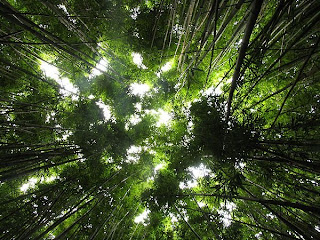 Today we took advantage of a break in the weather and spent some time converting the jungle that has sprouted during the monsoon season back into the more civilised parkland that was formerly there. Taking the doctor's advice to "exercise until you sweat" and applying it to gardening was relatively easy, I only had to look at the garden to start sweating. The three person team of Ali, Joe and me, though focused on different tasks gradually cleared great swathes of land, moved a few indigenous tribes and disturbed a variety of wild life, all in the name of Queen Victoria and the We Three Church of Scotland (Olivia was taking an extended shower). Now we can relax for at least 24 hours by which time it will all have grown back and returned to nature. 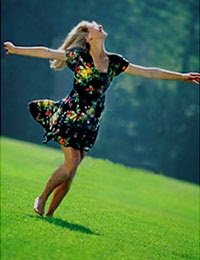 The morning was spent taking the cats to the vets for a jab and a weigh in, this involved catching them and depositing them in their baskets and heading into the centre of Edinburgh. It wasn't helped by us sleeping in and a general kind of weekend bewilderment falling on us, something that creeps up on you (me I mean) gradually and only seems to affect me at key moments - when there is something to be done that is.

In the evening, by chance we found the secret method for making the best chips in the world. In one sweet and simple move Ali overheated the oven (as usual), added a pre-cooked chicken (bought in Sainsbury's on the way back from Dr Cats) and then placed in said fiery furnace a tray of frozen oven chips. The results stunned us all, perfect hot chicken and the crunchiest, moistest, tastiest chips I've had in ages, all in about twenty minutes. The pain, stings and aches of gardening vanished in a blue haze of finger lickin' goodness.
Posted by impossible songs at 9:03 PM
Email ThisBlogThis!Share to TwitterShare to FacebookShare to Pinterest