A fleet of foxes 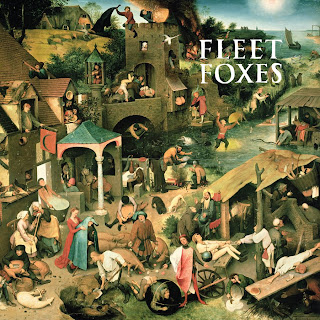 I'm not bothered about always being months (or even years ) behind the rest of the world in discovering "new" music. There is so much stuff out there that I long ago gave up even bothering trying to stay in step, read the music press or bottom feed on whatever is currently cool at the moment. Every so often I just like to dabble with some thing I've not listened to and try to make sure it's not quite in the same rut as the last one, or at the very least it's a fresh rut on the same road.

The Fleet Foxes have now come to my crinkly attention, I heard Pat Nevin talk about them on some radio show and read a few snippets, then I picked up a sampler in an airport and the first track on it was "Mykonos" and it sounded great. I eventually bought the CD and got round to listening to it today. Does it disappoint? Well it's a yes, a no and a don't know. It's a classic in derivative planning and execution brought about by stealing elements of greatness from Love, CNSY and the Beach Boys, does that make it bad? Probably not, just disturbing in the way that sometimes everything seems set on repeat but repeat with a twist, I've heard it before but maybe not quite that way.

Put simply it defines the dilemma of getting older and not really wiser, "heard it all before" versus the sheer joy and exuberance experienced when you hear something so fresh and original like you have never heard before. I hoped that such a moment would have come along with this CD and it didn't, maybe next time. 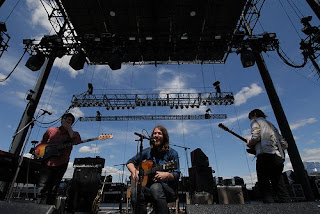 Just to add that the next thing on my list is Dennis Wilson's "Pacific Ocean Blue", a project that began in 1977 and is now just realising full cult status. At 33 tracks and booklet it's the best value ever on Amazon at £7.99, I'm quite looking forward to the journey - when I finally get a spare afternoon. I may save it up for the end of my alcohol holiday and crack a bottle of red from the couch and just zone out.
Posted by impossible songs at 7:08 PM
Email ThisBlogThis!Share to TwitterShare to FacebookShare to Pinterest