An entire world away 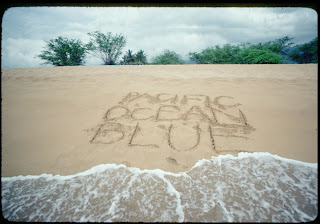 I picked up Ali at a slightly inhospitable Aberdeen airport yesterday after her backwards and forwards and sideways trip to Australia and back again. A fearsome and fun filled itinerary included Manchester, London, Singapore, Sydney, Bangkok and Aberdeen in seven of your average earth days. This of course isn't average earth, that doesn't exist unless you believe in Dr Who. From my simple point of view I'm so glad she's back complete with the over sized Ozzy chocolates, the books for the kids, the laundry and my new opal cuff links.

Last night we cruised around the 'toon dressed as Ninja aliens and hairy creatures infested with spiders from Mars. I ate some bits of kangaroo, some fragments of crocodile, some morsels of emu and drank champagne. Ali picked up low down cereal cartons with her teeth and the grandkids did us proud as young Batman and junior Woody from Toy Story. Then it was a rush down the road to Cupar for 10a.m. football, a MacDonald's breakfast and a bright and sunny game sadly lost 4 -1 and only worthwhile for another Barclay family goal (vicarious credit and pleasure for me of course).

Music this week: Pacific Ocean Blue by Dennis Wilson scores highly, Elbow also and still, the nice discovery of Lucy Wainwright Roche (who Ali met in Manchester) and a reminder that Eddi Reader knows a thing or two. Didn't miss Jonathan Ross on the radio this Saturday as I drove north - somebody who talked a lot less and played Glen Campbell and the Yardbirds did it fine for me as I hid behind the sunglasses. Neil Young also reminded me quite pointedly why I first got myself into this music thing, hammering innocent guitars and starting the clipping of minor chords and fooling around on the edge of feedback. He also stole all my mannerisms some time in early 1971 and the ability to used the word "mind" in any given lyric. 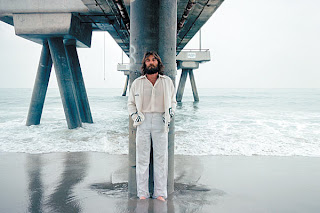 Dennis Wilson stands under a steel piled jetty with concrete caps and decking: What would I know about structural marine architecture, self production and songwriting? God bless him where ever he is...
Posted by impossible songs at 6:59 PM
Email ThisBlogThis!Share to TwitterShare to FacebookShare to Pinterest