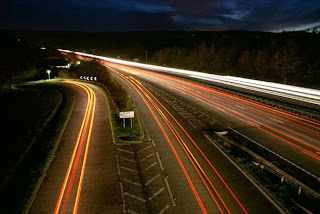 Most of the weekend has been spent on the hoof, in the car, around hospitals and football fields and staring up into water dripping down from ceilings (it never drips up). Overall things have worked out, mouths have been fed, processes and procedures completed and the coal fire has learned how to relight itself, a quite useful if a little scary skill. You might think it to be a significant evolutionary step like gravy mix or self cleaning ovens, it keeps the house warm anyway.

In a single idle moment I did reflect on how I am no longer the treasurer or a committee member for OOTB - a weekly open mike night in Edinburgh. After five years of various bits of hard and easy labour I'm out of the bedroom altogether and possibly slightly relieved. The truth is there is only so much original local music you can stomach and I've heard most of it over the years and to be honest I'm bored with a lot of what's about, but I had a few laughs as well.

That's not to say there are not good people and musicians dodging around, it's just like I've eaten a whole sponge cake when I should have had just a slice. So I'll take (more of )a break and then hover for a while whilst trying to understand and appreciate another wave of the marathon strummers trying to make sense of their little world, (you can't!), the grunge kids who don't know it's not 1992 anymore, the middle aged, mid-life crisis impressionists (that'll be me), the serious and virginal blues-men and the ever lovin' ever losin' hippies, god bless them all. 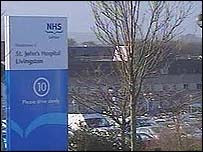 Thanks to the staff of this surprisingly good West Lothian hospital for looking after us (?) this weekend. A cleaner, less cluttered and better mannered hospital would be hard to find anywhere I reckon.
Posted by impossible songs at 6:06 PM
Email ThisBlogThis!Share to TwitterShare to FacebookShare to Pinterest