How high the moon? 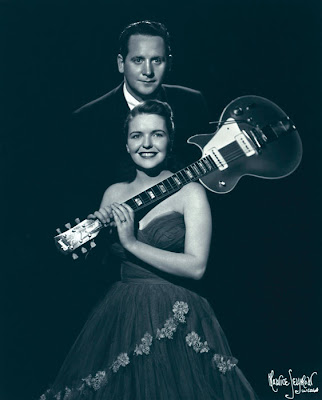 Nothing is happening apart from dodging meteorite showers and observing migratory birds. The weather is playing havoc with the TV schedules and the grass cutting. Somewhere in Edinburgh a festival is taking place and tram building works are stalling while money remains in there as yet another thing to be argued over. Holidays are complete and there is a cheese mountain somewhere else close by. Meanwhile a lorry load of writer’s blocks have been dumped on the doorstep as we await a decision on planning permission.

I’ve two Les Paul type guitars, one a 1973 Antoria, heavier and more dense than a Gibson and 2008 Gibson/Baldwin Les Paul that is a little less substantial but easier to carry. The man behind those designs but not the production has died at the age of 94. His gifts to the world were multi-tracking and a solid lump of wood that has churned out the heaviest riffs and licks for the last fifty years. No mealy mouthed twang or screechy ping from these guitars, just wails and growls and some rare moments with the pots screwed down and the amp cranked up to create the legendary “woman” sound , one that many try to reach but few attain. Thanks for the dream and a possible means of getting there.

Posted by impossible songs at 6:16 PM
Email ThisBlogThis!Share to TwitterShare to FacebookShare to Pinterest